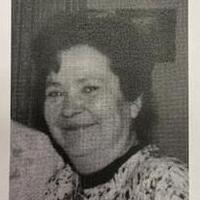 Cecilia Perrigo, 77, of Kenosha passed away on October 30, 2021, at Grande Prairie Health and Rehabilitation Center.

Cecilia was born on September 9, 1944, in Kenosha, the daughter of the late William and Margaret (Gruber) Stern. She was educated in the schools of Kenosha. Cecilia married Thomas Ring in 1964 and later divorced in 1990. She then remarried Nickey Perrigo in 1993.

Survivors include her children, Laura, Mickael, and Jerry; sister, Margaret; also included is her friend Lisa Rawley. Cecilia was preceded in death by her sisters, Mildred, Janet and Elvira; brothers, Raymond, Roy, William and Richard.

For the past 20 years, she spent life taking care of 2 aging sisters, first Janet, then Mildred.