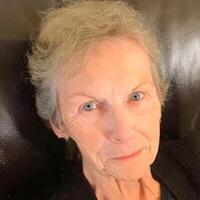 Carol was born on February 28, 1937, in Kenosha the daughter of the late Robert and Ella (Petersen) Hughes.  She was educated in the schools of Kenosha. In 1955 Carol married William Freeman, they were married for 66 years before his death on April 20, 2021.  Carol and her husband enjoyed 40 years on their property in Eagle River Wisconsin boating, fishing, walking around Dollar Lake, and watching the deer come through the yard to feed in the evenings. Along with being a golf enthusiast and a serious Packers fan, Carol enjoyed cooking, crocheting and spending time with friends and family.