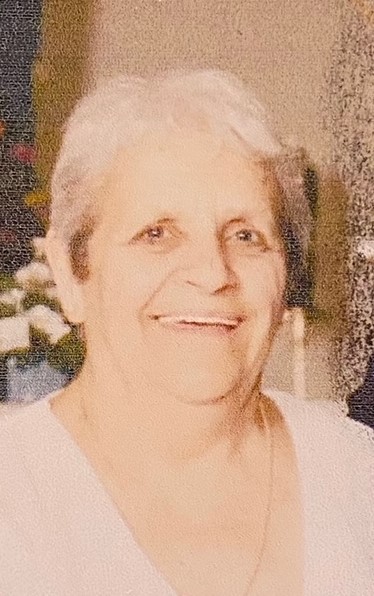 Carmela Cantwell, age 91, of Kenosha passed away on Sunday, May 15th, 2022 at Advocate Aurora Medical Center with her loving family by her side. Carmela was born on March 16th, 1931 in Kenosha to Pasquale and Filomena (Perno) Perone and was educated in local schools. Carmela met her husband Don Cantwell while working for the Simmons Corporation and they were united on May 11, 1957 at St. Peter’s Catholic Church and were happily married for over 60 years. She was a homemaker for many years, and she enjoyed being with her family so much that, Don and her were foster parents for over 30 years. After the kids had grown, she also went to work for Kleinschmidt Inc. in Deerfield and was a home health aide for the VNA. Carmela was devout member of Our Lady of Mt. Carmel Catholic Church. She enjoyed camping, cooking, beating everyone at board and card games. Carmela will also be known for being a jokester, which went along with the stories about “Sadie” (if you know, then you know).

She was preceded in death by, her parents; her husband, Don Cantwell and five brothers, Joseph, Frank, Arthur, Dominic and Jimmy Perone.

A Mass of Christian Burial for Carmela will be held at 12:00 P.M. on Thursday, May 19th, 2022 at Our Lady of Mt. Carmel Catholic Church (1919 – 54th Street) with entombment to follow at All Saints Cemetery. A visitation will be held at the church on Thursday from 10:30 A.M. until the time of Mass. In lieu of flowers, memorials to the family would be appreciated.

Carmela’s family would like to give their sincerest gratitude to Robert at Aurora at Home for all the kindness and wonderful care he gave to her.