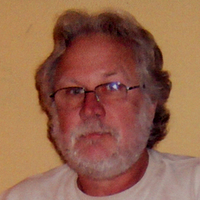 Bruce LaCount, 72 of Iron Mountain passed away Saturday July 16th 2022 while in respite at the Aurora Zilber Family Hospice.

Bruce was born October 5th 1950 and grew up in Iron Mountain, MI,  the son of Dora (Nasberg) and Earl LaCount.

Bruce then served in the U.S. Army where he received several recognitions and medals for his service. Once back home from service Bruce married Cheryl Zak August 28th 1976 at the Kenosha Courthouse with family and friends in attendance.

Bruce worked most of his career and retired from Ocean Spray Cranberries Inc. as a mechanic and boiler operator.

There are many hobbies and interest that Bruce had including: fishing, spending time at the family cottage, home brewing, gardening (growing garlic and giant pumpkins were his specialty), home remodeling, traveling to warm destinations, his Chevelle, Harley Davidson, boat and cooking family recipes, then sharing these foods and recipes with his family and friends.

He is survived by his wife Cheryl, daughter Michelle LaCount-Niedfeldt (Jeff Niedfeldt) along with their 3 beautiful daughters: Wynter, Jolie, and Myah.  His brother Peter (Michiyo) LaCount of AZ, sister Suzanne Chiapetta of IL and his nieces and nephews: Guy LaCount, Kimberly LaCount, Rachelle LaCount of Lower MI, Judy LaCount of Az, Calvin Formolo (Cheryl), Julie (Paul) Cowling,  Jodie Formolo and all their children of upper MI.