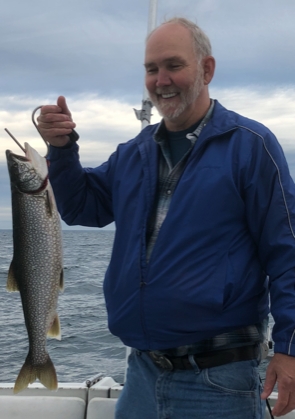 Bruce Edward Westbrook, age 69, passed away on April 11, 2022 in Kenosha, WI.  He was born in California to Clyde and Lois Westbrook on April 27, 1952.  He was the oldest of 7 children.  Bruce always had a very patriotic sense of duty.  He left home at the age of 17 to join the Marine Corp and fight in Vietnam, where he encountered Agent Orange that would affect him later in life.  When Bruce was released from the Marine Corp he missed the life of service so he enlisted in the Navy and spent the next few years on a Nuclear Sub.  When he was honorably discharged he settled in Kenosha, WI where he enjoyed working with electronics in both the public and private sectors.  He enjoyed shooting pool, cooking out during the summer with friends and family, golfing, and fishing year-round.  He also enjoyed the companionship of his trusted friend Midnight and most recently Shadow.

Bruce is preceded in death by his parents Clyde and Lois Westbrook; His oldest daughter Gwen Westbrook, his youngest son Bruce Westbrook, JR, his niece Shannon Westbrook, and nephews Eli and Christopher Westbrook.

Bruce’s wishes will be honored to go back to California (his place of birth) at which time there will be a Celebration of his Life.  The details are being worked on with family members.

The family asks that donations be made in lieu of flowers to the American Legion or VVMF for Agent Orange Awareness to continue the support of other veterans that serve and protect.