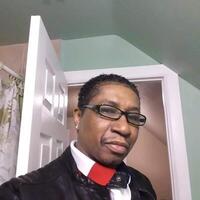 Bruce was born on April 14, 1970 in Chicago, IL. He was the son of Daniel Robert Brown Sr. and Lillian Ann Brown. He was educated in the schools of Chicago and was an assembly line factory worker and general laborer. His hobbies included: teaching the gospel, dancing, singing, cooking, being an avid fan of the Chicago Bulls, and spending time with friends and family.