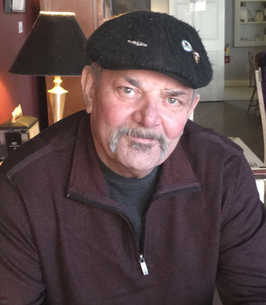 Birl M. DeLoach, passed away on his 67th birthday, Friday, September 23, 2022, at his home, surrounded by his loving family.

Born on September 23, 1955, in West Palm Beach, FL, he was the son of the late Birl D. and Elizabeth (Hickey) DeLoach. He attended Mary D. Bradford High School and graduated in 1974.

After high school, Birl proudly served in the US Navy and was honorably discharged.

On May 1, 2009, he married his high school sweetheart, Evalina Santiago, in Washington. She preceded him in death on November 8, 2017.

Birl was employed at Lumber products in Washington for over 20 years, then worked as plant manager at American Metals in Racine and retired in 2017. He enjoyed bicycle riding, catch and release fishing, and playing ball with his mini-Australian shepherd, Isabella, who he adopted after Evalina passed away. He was also a member at Kenosha City Church where he served as an usher/greeter and a youth and men’s mentor.

Aside from his parents and wife, he was preceded in death by his sister, Mary Kavarik.

Visitation will be held at Kenosha City Church, 6009 Pershing Blvd, on Wednesday, October 5, 2022, from 4:00 p.m. until the time of service at 6:00 p.m. Interment will take place at Southern Wisconsin Veterans Memorial Cemetery, 21731 Spring St, on Tuesday, October 18, 2022, at 9:00 a.m. with full military honors. In lieu of flowers, memorials to the family would be appreciated.