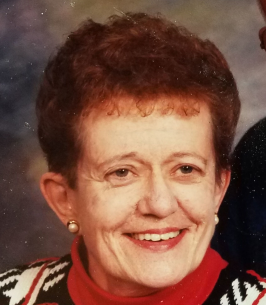 Born in Kenosha, WI on April 24, 1933, the daughter of the late Carl and Jennie (Pedersen)
Jorgensen. She spent her entire life in Kenosha and attended local schools, graduating in 1950
from Bradford High School.

On June 24, 1961, she married George W. Pietkiewicz at St. Mary’s Lutheran Church.
Betty was employed at Eaton Dynamatic as an executive secretary for many years, retiring in
1995. She was a lifetime member at St. Mary’s and was a very active member of the choir for
over 30 years, taught Sunday school, attended Friendly Center, served on Altar Guild, women’s
circle, and office volunteer.

Aside from her parents and husband, she was preceded in death by her siblings, Thelma, Ellen,
Lillian, Elmer, and Grace.

The family would like to extend a heartfelt thank you to the entire staff of Parkside Manor and
Compassionate Care Hospice for all the compassionate care given to Betty.