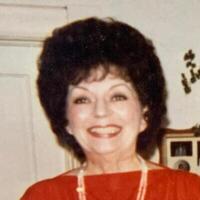 Bette was born on January 22, 1926, in Whitehall, IL, the daughter of the late Carl and Irene (Gillingham) Ballard.  She was educated in the schools of Kenosha.  Bette was employed as a sales rep for Avon and Tupperware.  Her hobbies included singing, painting, knitting, crocheting, collecting photos, but most of all she loved spending time with her friends and family, especially her grandchildren.