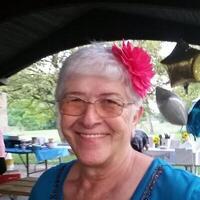 Beth McGovern, 80, of Kenosha passed away on Friday May 20, 2022 at Aurora Medical Center surrounded by her loving family.

Beth was born on February 9, 1942 in Potosi, WI, the daughter of the late George & Hilma (Stoney) Donaldson.  She was educated in the schools of Kenosha. Beth married James McGovern in 1994 in Kenosha.  She was employed at Froedtert South, worked as a bartender, but most of all she was a homemaker to her children & grandchildren.  Her hobbies included quilting, playing cards, reading, baking, and spending time with her family & friends.  Beth will always be remember as a kind & caring person.

A celebration of life gathering will be held on Thursday May 26, 2022 at Kenosha Funeral Services from 4:00PM-6:00PM, with memorial services to follow at 6:00PM.