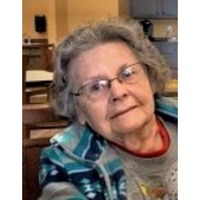 She was born on August 13, 1934 to the late John and Margaret (Posey) Tossava in Calumet, Michigan.

Bernadene took care of children before and after school and during their lunch for many years.

Bernadene was a member of St. Mary’s Catholic Church.

In addition to her husband, she is preceded in death by her siblings Dolores Liljestrom, Jacquelene Krachey, Margaret Winter, John Tossava and Cheryl Robare and son-in-law Daniel Roth.

The family wishes to thank Kenosha Place for their kind and loving care of their mother, as well as the staff at Kenosha Aurora Hospital and Aurora Hospice Care.