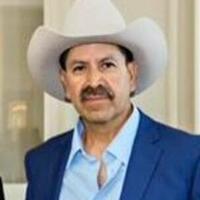 Benjamin Leon, 55, of Kenosha passed away on Saturday February 26, 2022 at Froedtert-Milwaukee surrounded by his loving family.

Benjamin was born on July 16, 1966 in Mexico, the son of Antero Leon and Maria Salinas.  He married Ma. Del Carmen Patrica (Ochoa Leon) on September 20, 1993 in Mexico.  He was employed as a landscaper for many years.  He was a member of St. Mark Catholic Church.  His hobbies included grilling out, bicycling, gardening, and spending time with his family & friends.