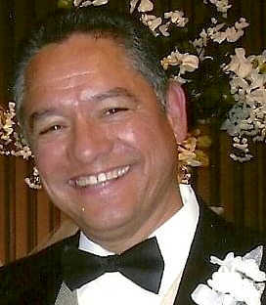 The community sadly lost a pillar on Tuesday, October 19, 2021 when Benceslao (Pastor Benny) G. Ramos, Jr., 72 years old, of Kenosha, WI went to be with the Lord.

He was born May 7, 1949, in Blissfield, Michigan, one of ten children born to the late Benceslao Sr. and Margaret Ramos. He married his childhood sweetheart, Esperanza Torres (Ramos) on September 9th, 1966 in Texas and they recently celebrated 55 years of marriage. In 1982 he graduated from Ebenezer Bible Institute in Racine, WI and was Valedictorian of his class where he also taught for 2 years. He retired from Chrysler Motors after 30 years of employment. He was also Senior Pastor at Zion Revival Center in Zion, IL for 32 years.

Pastor Benny was a man who had many passions. One of which was his love for the Lord and study of the Word. He actually memorized entire books of the Bible and would recite them often. This passion for both the Word and people led him to becoming the Senior Pastor at Zion Revival Center where he helped gather churches from the city regularly and loved worshiping corporately.

He loved his wife and family fiercely. He held them close to his heart and bragged on them as a badge of honor. He knew that the legacy he had built would be carried on through his children, grandchildren and great-grandchildren. He found his passion for music at a young age when his father gave him a guitar. As he grew, he began playing the accordion and eventually started his own Tejano band, called Tierra Libre de Benny Ramos and went on to make several vinyl recordings. His love for music never faded. At any given moment you could find him in his living room playing his accordion, singing and listening to music.

Pastor Benny was also just as passionate about missionary work. He started volunteering in Mexico Mission work in 1984 through Lakeshore Tabernacle. In 2001, he along with his wife, Mother Hope, founded New Hope Missions along with Director, Pastor Rejino Ramirez. Over the past 20 years he has supported and served as a covering and “father” for over 50 churches located in Mexico and Texas. He was dearly loved by numerous family and friends.

He is preceded in death by his parents, Benceslao Ramos and Margaret (Galvan) Ramos, Notably, most recently by his sister, Beatrice Rodriguez.