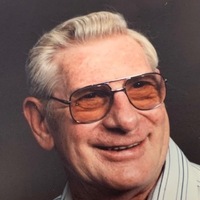 Arthur McElroy, 97 of Kenosha, formerly of Marysville, WA, passed away on Friday December 17, 2021 at Froedtert South-St. Catherine’s surrounded by his loving family.

Arthur was born on March 30, 1924 in Rockford, IL, the son of the late Milton & Mabel (Tolson) McElroy.  He was educated in the schools of Beloit.  Arthur served in the US Navy during WWII.  He was employed as a machinist for many years.  His hobbies included cheering for the Packers and making custom fishing rods.

Survivors include his daughters, Paulette (Larry) Matalas of Kenosha, Patricia Carter of Kenosha; 8 grandchildren; and 1 great grandchild.  He was preceded in death by his sons, Guy, Dennis, David.