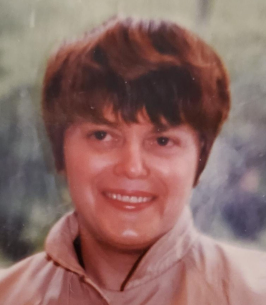 Arlene Pitts Bilotti passed away peacefully on September 10, 2022, surrounded by her loving family. Arlene was born in Kenosha, WI on August 24, 1935, to the late Francis J. and Mary (Ruffalo) Pitts. She grew up in Kenosha, WI in a large family with seven brothers and sisters as well as a large extended family of aunts, uncles and cousins whom were always a central part of her life. Arlene attended St. Thomas Grade School, McKinley Junior High and graduated from Mary Bradford Senior High School in 1953.

On June 8, 1957, she married Eugene M. Bilotti at Our Lady of the Holy Rosary Catholic Church. They remained married for 63 years until his death in 2020.

Arlene started work for Nash Motors in June of 1953, the day after she graduated from high school. She followed her father and grandfather as a third generation to work at the Kenosha auto plant. She worked the next 47 years for Nash Motors, American Motors Corporation and lastly Chrysler Corporation. She held various administrative and supervisory positions during that time. Additionally, she was a member of the American Motors Management Training Program. She worked directly with and for many of the individuals that shaped the auto industry in Kenosha including R. William McNealy who later, became Vice Chairman of American Motors Corporation. She was the last employee to work at the old AMC main office building before it was shuttered and eventually demolished. At the time of her retirement from the auto industry, she was the Administrative Manager of the Kenosha Chrysler Trust which distributed over 25 million dollars to help the thousands of laid-off workers after assembly operations ceased in Kenosha.

After retirement from Chrysler, Arlene was a Bailiff at Kenosha Circuit Court for several years for Judge David Bastianelli.

She and her husband, Gene enjoyed spending winters in Palm Springs, CA as well as, their northern Wisconsin vacation home in Lac Du Flambeau. For years, she also enjoyed boating with her family and friends in the Kenosha Harbor on their 32foot Carver boat, “Nice n’ Easy”. She loved spending time with her family and was a devoted grandmother to Ava and Gino.

Arlene enjoyed entertaining and cooking for her friends and family at dinner parties and other events throughout her life and continued to do so even after a series of strokes late in life slowed but never stopped her from having fun with those she loved. Growing up in a large gregarious family she loved to have a house full of friends and family over at her home where some type of festivities were ongoing. A great cook, no one ever left her home hungry. A woman of boundless generosity, she loved to give out gifts and prizes to her guests at her parties. Arlene loved to play a variety of board and card games all her life. She enjoyed her card clubs and breakfast clubs and was known as an ace pinochle player up until the day she passed. Arlene will be missed on her Tuesday and Thursday pinochle nights especially by Bob and Jim. She loved watching old movies and especially comedies. Wherever she was, and whatever she was doing, she wanted to have fun, laugh and bring good cheer to those she was with.

Arlene is survived by her son, James (Gina) Bilotti; grandchildren Ava and Gino; and brother Robert Pitts. She is further survived by her many nieces and nephews whom she loved dearly.

We would like to thank the following people for the care, compassion and friendship Arlene was shown in her last years up to end of her life. Dr. Mata and staff, Dr. Buencamino, Aurora Healthcare, Hospice Alliance, Supportive Home Care Services and Linda Valdez.

Proko Funeral Home is handling funeral arrangements. A Memorial Mass of Christian Burial will be celebrated on Saturday, September 24, 2022, at 10:30 a.m. at St. Therese of Lisieux Catholic Church, 2020 91st Street, Kenosha, WI with a luncheon to follow.