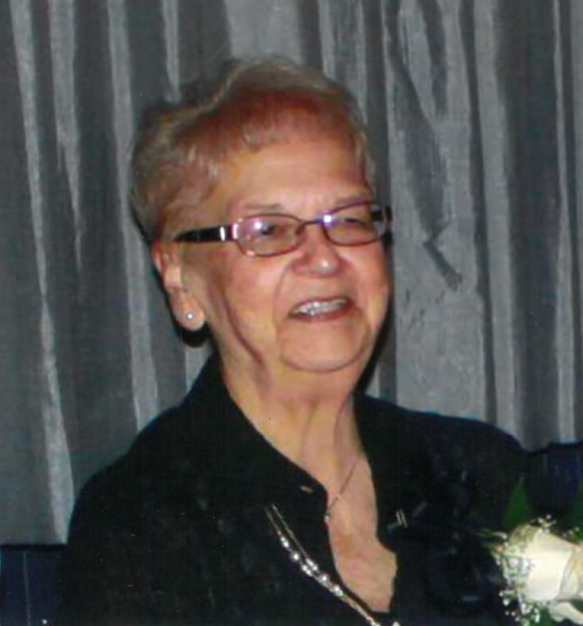 Arleen Rose “Rosie” Milligan (Wolf) 79, passed away peacefully in her home on Sunday, October 10, 2021. She was born July 2, 1942, in Kenosha to Catherine (Selesi) and Arthur Wolf. She attended St. Mark’s Catholic School and graduated from St. Joseph’s High School as a member of the first four-year graduating class. She later attended the College of St. Francis. She married Herschel Dean Milligan at St. Mark’s Catholic Church and they had one daughter, Sheri. They later divorced.

She was an active member of St. Peter’s Catholic Church and assisted with their Catholic gift shop and annual festivals. She also volunteered multiple times with her daughter and son-in-law at St. James Catholic Church. She had a close relationship with Our Blessed Mother and St. Jude. Her favorite devotion was The Divine Mercy Chaplet which she prayed weekly in front of The Blessed Sacrament.

She was the Comptroller for St. Catherine’s Hospital in the 1970s and had oversight of their two newly completed medical offices. In the early 1980’s she began working as an accountant for the Kenosha County Sheriff’s department. She met many wonderful friends while working there. She retired after 30 years. After retirement, she joined the YMCA and became a Silver Sneaker’s Instructor.

She enjoyed and excelled at hosting celebrations for family and friends. She hosted her family (Wolf/Lennertz) reunion for 20 years.

Her greatest achievement was spending time and helping raise her only grandson, Carl A. Holborn.

She was preceded in death by her parents and siblings, Leon (Margaret) Lennertz, Delores (Gerald) Yack, and Betty (James) Boone. Also preceded by her cousin, Kathleen Kelly; nieces and nephews Jimmy Boone, Catherine (Dave) Wright, Patti Teets, Michael Wright, and Jack Yack and by her Silky Terrier Rusty Roo who brought her years of happiness.

Thank you to family and friends who offered prayers and provided love and support especially during the past few years.

Thank you to the knowledgeable, compassionate staff at Hospice Alliance especially Julie F. RN, Chaplain Marge P., and Jessica R. CNA. You truly enhanced her last year of life and assisted her to pass comfortably and peacefully in her home. In addition, the family would also like to thank Dr. David Knight, his Nurse Practitioners, and office staff. You were so kind and supportive and always provided the correct plan of care for Arleen.

A special thank you to Father Ireneusz, MIC for his spiritual support.