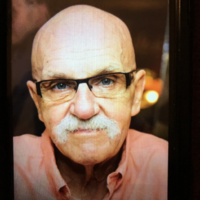 Tony was born on February 18, 1943, in Racine, the son of the late Anthony and Alicia (Zukowski) Adamski. He was educated at Saint James and Saint Joe’s in Kenosha. Tony is an Army Veteran and spent many years in construction. Tony loved to sit back and watch TV and spending time with family and friends.

Survivors include his sister Alicia Pollock of Salem, his children Sam (Frances) Reynolds and James (Kimberly) Reynolds, as well as his grandchildren, great grandchildren, nieces, nephews and other family and friends. Also, special friend Ruth “Ruthie” Reynolds. Tony was preceded in death by his parents and his brother-in-law Michael Pollock.