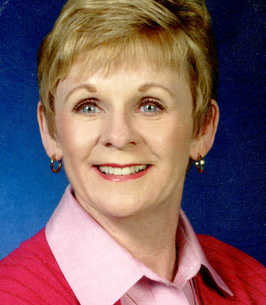 Ann Marie Radigan was reunited with her heavenly Father on May 24, 2022. Born in Quincy, Massachusetts on June 3, 1947, she was the second daughter of Mary and Douglas Duckett. Her family moved to Montpelier, Vermont where she continued her schooling and graduated from St. Michael’s High School. She earned her degree from Trinity College in Burlington, Vermont, graduating cum laude with a major in English and a minor in special education. It was there that she met the love of her life, Michael Radigan. They married August 15, 1970. While Michael attended graduate school in East Lansing, she taught elementary school in Bath, Michigan. After graduate school, they moved to Kenosha, Wisconsin where they settled in order to invest their life in the family business, Ray Radigan’s Restaurant. Ann resumed her teaching career, but eventually put it on hold when she gave birth to her children, Mary Sunshine and Kathryn Ann, which was the answer to years of prayers. Ann eventually returned to her career at Forest Park after staying at home with her loves. Ann’s heart was truly passionate for the education of all children. She survived a life altering brain aneurysm in August, 1998. Although life threatening, Ann fought an intense battle which she won, regaining the life she had previously loved. She went back to teaching as she cared deeply for her students. In later years, she found that the affection she possessed for these students was mutual, as many of them continued to express their respect and affection for Ann.

She is now in heaven playing SkipBo, eating chocolate turtles, and working with children. A special thanks to family friend, Candy Gutierrez and Hospice Alliance, specifically Brenda and Cindy, for their unwavering dedication to Ann’s comfort and peace in the last few years of her life.