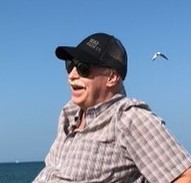 Andrew Trent Taylor of Kenosha, Wisconsin, formerly of Wheeling, Illinois, passed away unexpectedly on January 25, 2022. He was born May 19, 1957, and grew up in Northfield, Illinois, the son of Evarts and Elva Taylor. Andrew was preceded in death by his son, Ross Gavin Taylor. He is survived by his son, Trent Taylor, of Asheville, North Carolina, three sisters, Elizabeth Taylor, Glenview, Illinois, Terri Schade, Cincinnati, Ohio, and Norma Taylor, Kenosha, and his brother Evarts Taylor III of Cleveland, Ohio, and many nieces, nephews, great nieces, and nephews.

Andrew graduated from New Trier West High School in Northfield, Illinois in 1975 where he was a standout football player and a passionate skier. He married his high school sweetheart Melinda Deuster (nee Dorner) and they shared two beautiful sons. Andy moved to Kenosha three years ago and loved his downtown apartment where he grew close with his neighbors. He also lived just a few blocks from Norma who he often met for meals and walks through town. He will be remembered for his kind and helping disposition and dry wit.