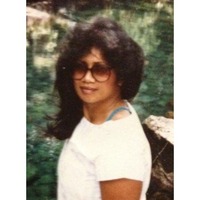 Amy moved to the mainland, graduated from the Job Corps in Astoria, Oregon, and did not look back.

She had met her current husband, Carl Stout, at a previous job, they became friends; later were married on February 6, 1987, in Port Clinton, Ohio. They’ve been inseparable ever since, raising two girls from a previous marriage.

Her thirst for knowledge inspired her major in drafting and photography.

Amy was a fun-loving, hard-headed, funny, patient person with a mean temper if she felt you were trying to get over her.

She loved her husband and kids very much and worked very hard to help provide a decent life for her family.

Amy worked for Abbott Laboratories, later Abbvie, Incorporated. She was known for her hard work and diligence. She later received a President’s Award recognizing her work ethic and dedication before retiring in 2011.

As a retiree, she spent quality time with her husband, kids, and grandsons, while developing her love for Jehovah God in the meantime. Amy went on to dedicate her life to serving Jehovah by getting baptized in 2013.