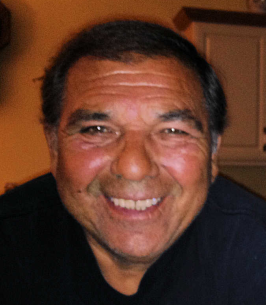 Alfred ‘Fred’ Carrubba, of Pleasant Prairie, WI, passed away suddenly, but peacefully, surrounded by family, on October 11, 2021, at the age of 78. He was an endeared friend to all, adored by his family, and a beacon of light in the community.

Fred was born on November 23, 1942, to Joseph and Lena Carrubba in Chicago, IL. Fred was a notoriously hard worker, exemplified through his time spent serving in the Marine Corps Reserves and as a bricklayer of 50 years. Fred was also a devoted member and custodian of his parish, St. Anne’s Catholic Church. After Hurricane Katrina, he’d take many trips with members of the parish to Lizana, Mississippi to help rebuild the surrounding communities. He was also a reliable volunteer for Hospice Alliance of Kenosha.

In 1959, Fred met his beloved wife Cathie and they wed in 1965. They went on to have 3 children, Gina, Jeff, and Nikki. He was a proud Papa to nine grandchildren. Fred always put family first. His knowledge and guidance were and continue to be the foundation of his family.

Fred was an enthusiastic bowler, golfer, fisherman, hunter, and traveler. He was also a sought-after left-handed first baseman for several different softball teams in Waukegan, IL. Through the years he’d take 20 trips to the Boundary Waters in Canada with his wife, sister-in-law, and brother-in-law. Fred had the gift of making everyone feel like family. He never shied away from telling a story and was never short on jokes. Fred was truly a joy to be around to all who knew him.

Fred was preceded by mother and father, Joseph and Lena (Massa) Carrubba; mother-in-law and father-in-law, Eugene and Eileen Zannini; and granddaughter, McKenna Skarda.

Visitation will take place on Friday, October 22nd, at Proko Funeral Home, from 5:00 p.m. until 7:00 p.m. A Mass of Christian Burial will take place on Saturday, October 23rd, at St. Anne Catholic Church, 9091 Prairie Ridge Blvd. Pleasant Prairie, WI 53158, at 9:00 a.m. followed by full military honors. Interment will be held privately at All Saints Cemetery. In lieu of flowers, memorials to St. Anne Catholic Church or Hospice Alliance – Pleasant Prairie would be appreciated by the family.