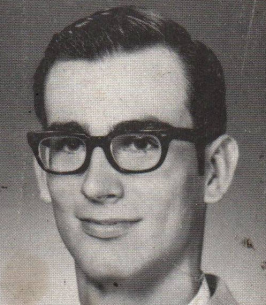 On Wednesday, January 5, 2022, Alex Sid Rogers passed away. Sid was born in Winter Haven, FL on September 5, 1950, to the late James and Stella (Higgins) Rogers.

After graduating from high school in Daytona Beach, FL, he started his long and successful career as a Mechanical Engineer. Sid proudly worked for Disney, and then relocated to Illinois where he worked at Paragon and Tri-Star designing automation and manufacturing equipment. His love of motorcycles led him to working at Uke’s Harley Davidson. He then returned to his passion of Engineering at R&D Automation. He retired in 2012.

In February of 2002 he met his wife Pauline and relocated to Trevor, WI. They were happily married on August 28, 2011.

In his retirement Sid enjoyed restoring motorcycles, model planes, and traveling to Las Vegas with his wife. He loved the video poker games! His favorite past time was spending time with his family and his fur babies Trixie and Bear. His quick wit, kind heart and love will be missed by those that knew and loved him so dearly.

He was preceded in death by his parents; his daughter Christy; his son Matthew; and his father and mother-in-law Bill and Ginny Ermert.

In keeping with Sid’s wishes, a private family memorial will be held at a later date. Since Sid had a love for all animals, the family requests that in lieu of flowers, a donation be made in his name to Safe Harbor Humane Society, 7811 60th Avenue, Kenosha, WI 53142.