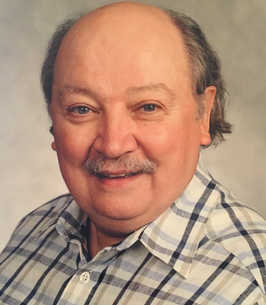 Alan C. D. Goldsmith, 76, of Kenosha passed away on September 12, 2021, at his home, surrounded by his family and under the care of Hospice Alliance.

As a child Alan started in the family newspaper business, the Boscobel Dial. He graduated from Boscobel High School in 1963. He then joined the Air Force and attended Syracuse University majoring in Russian and serving in Turkey through his term. He attended UW-Milwaukee, where he earned a BFA, and UW-Madison, MA, MFA. He continued to work for the Dial and taught at UW-Richland, Mount Senario College and UW-Parkside. At UW-Parkside he taught graphic design, web design, package design, typography, digital photography and computer illustration. He served as art department chair for three years, and retired Professor Emeritus in 2011.

Alan’s interests were wide and varied. He traveled widely and was equally entertaining as host or guest.
More than one friend enlisted him for travel adventures to England, France, Germany, China, the former USSR, Egypt, Turkey, Croatia, and others.

His art reflected his varied and fascinating life, and has been displayed at Wisconsin museums in Kenosha, Racine, Madison, Green Bay, Milwaukee, and Appleton, among other state and national exhibitions. His lifelong passion for the study of all things Egypt was exemplified by his extensive collection of resource materials, his travels to the country and in his own Egypt-themed artwork.

Proko Funeral Home, Kenosha, WI, is handling arrangements. Alan’s wishes were that no services be held at this time. A Celebration of Life is planned for a later date.