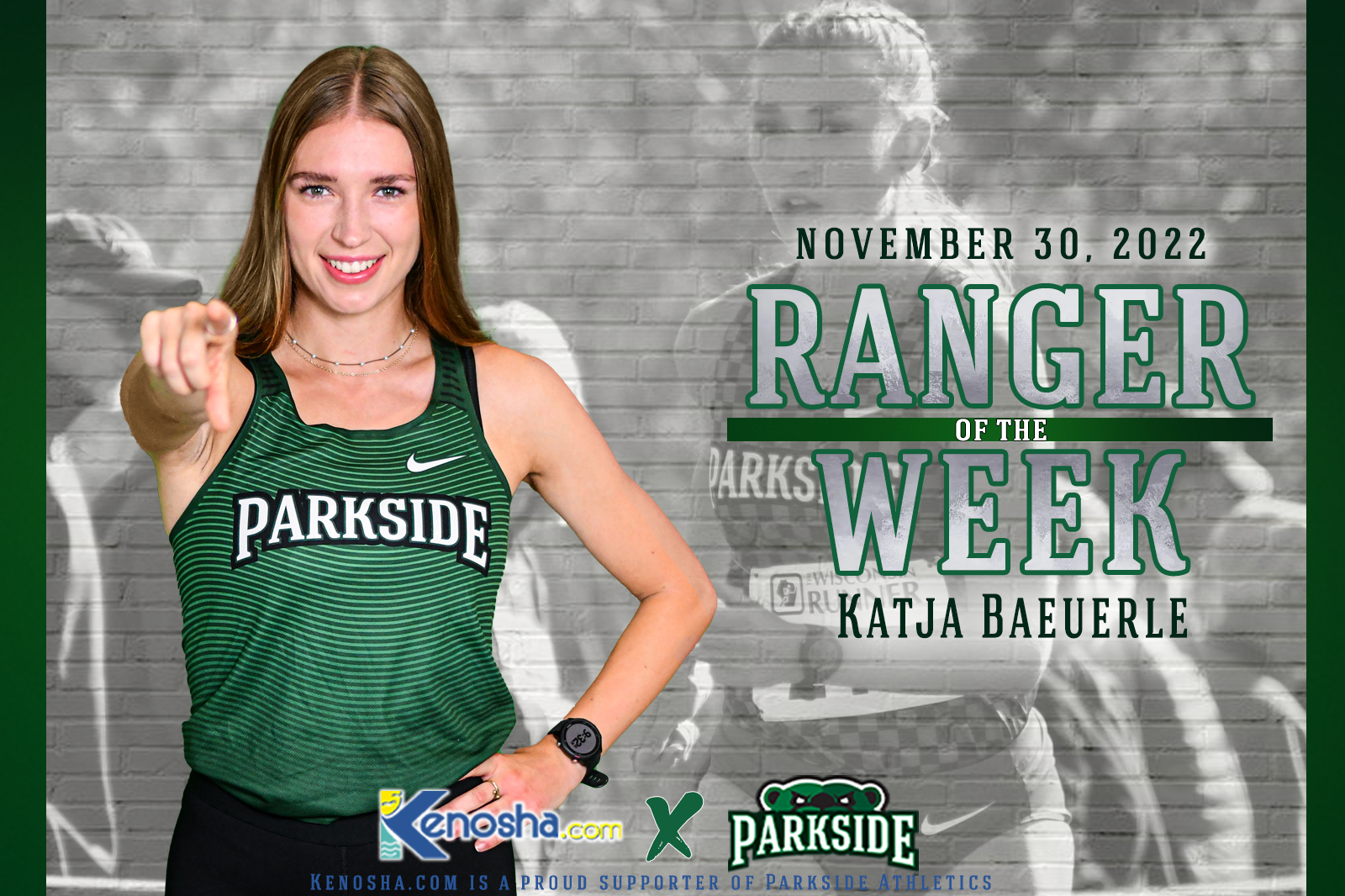 The Rangers were able to qualify one runner for the big race, as Katja Baeuerle is set to compete at the National Championships this week and is our Kenosha.com Ranger of the Week.

Baeuerle, a redshirt sophomore from Bretten, Germany, earned an individual bid to the National Championships following a 10th-place finish on her home course. She finished in a time of 21:50, earning USTFCCCA All-Region recognition. Baeuerle will represent Parkside at the NCAA National Championships on Friday (Dec. 2) in Seattle.

Despite being fairly new to competitive running, Baeuerle has seen a high amount of success in just a few years. She has been named All-GLIAC in multiple events, while also finding success in her home country. Over the summer, Baeuerle returned to Germany, where she competed for her track club LG Region Karlsruhe. She ran in several large meets, including the Senior German National Championships, which were held in the Olympic Stadium in Berlin, as well as the German U23 National Championships where she placed fifth in the 1,500 meters.

“Qualifying for nationals means a lot to me,” Baeuerle said. “Not a lot of people know how close I was to qualifying on three separate occasions last year between cross country, indoor track, and outdoor track. It was a really frustrating year, but it also helped me grow a lot and it definitely fueled the fire a little bit more.”

Baeuerle and the rest of the qualifying field will kick of the NCAA Division II National Championship race at 1:15 p.m. on Friday. For more information, visit NCAA.com.