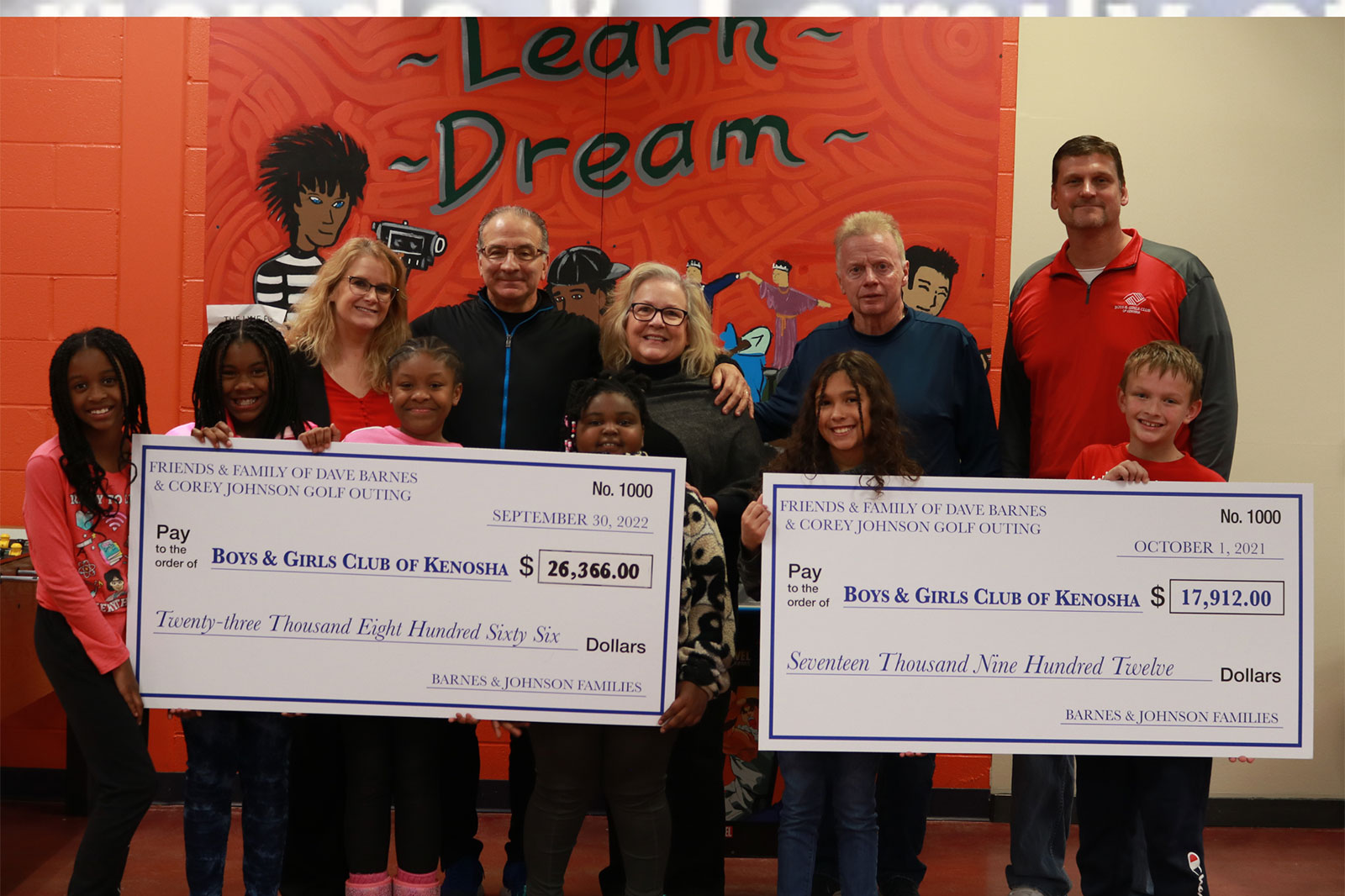 By THE BOYS & GIRLS CLUB OF KENOSHA

Mission: To impact the most young people possible, especially those who need us the most, to reach their full potential as productive, caring, responsible citizens.

The event honored Dave Barnes and Cpl. Corey Keith Johnson and continues their legacy of giving back to the community and to Kenosha youth. The Barnes and Johnson families have been close friends and longtime supporters of the Boys & Girls Club of Kenosha. The men had a special bond and a passion for serving their community. The Club is honored to be able to recognize and celebrate Dave and Corey through this event.

Over 130 golfers attended the 2022 outing, showing their unwavering love for Dave and Corey. In all, $26,366 was raised for the Boys & Girls Club of Kenosha after almost $18,000 was raised in 2021. To date, the event has raised over $180,000. Friends, family, and many local businesses participate by golfing, donating prizes, and sponsoring holes.

“We are so grateful for the friends and family of Dave Barnes & Corey Johnson,” Boys & Girls Club of Kenosha CEO Tara Panasewicz said. “This is such a wonderful event honoring the memory of two very special friends. The funds from this event go directly to Club programs such as the meal program, the reading/tutoring program, students’ transportation to the club and youth mental health.”

Barnes was a former BGCK Board President, longtime Club supporter, mentor to the members and the owner of several Cost Cutters and Supercuts salons. He was particularly interested in bringing a playground to the Boys & Girls Club of Kenosha for members to have a safe space to play outside. We know Dave would be happy to see the Niagara Imagination Station playground open at the Club. Memorial trees are planted at the entrance of the playground in loving memory of both Barnes and Johnson.

Johnson joined the military following high school and achieved numerous accolades. He served a 15-month tour in Iraq and reached the rank of Corporal by the end of his service in 2010. He is remembered for always putting others before himself.

The Boys & Girls Club of Kenosha is a youth guidance organization dedicated to promoting health, social, educational, vocational, cultural, character and leadership development. The Club helps youth improve their lives by building skills, values, and self-esteem. When you support the Boys & Girls Club of Kenosha, you support the kids who need us the most and their great futures ahead. Visit www.BGCKenosha.org/donate to donate today.