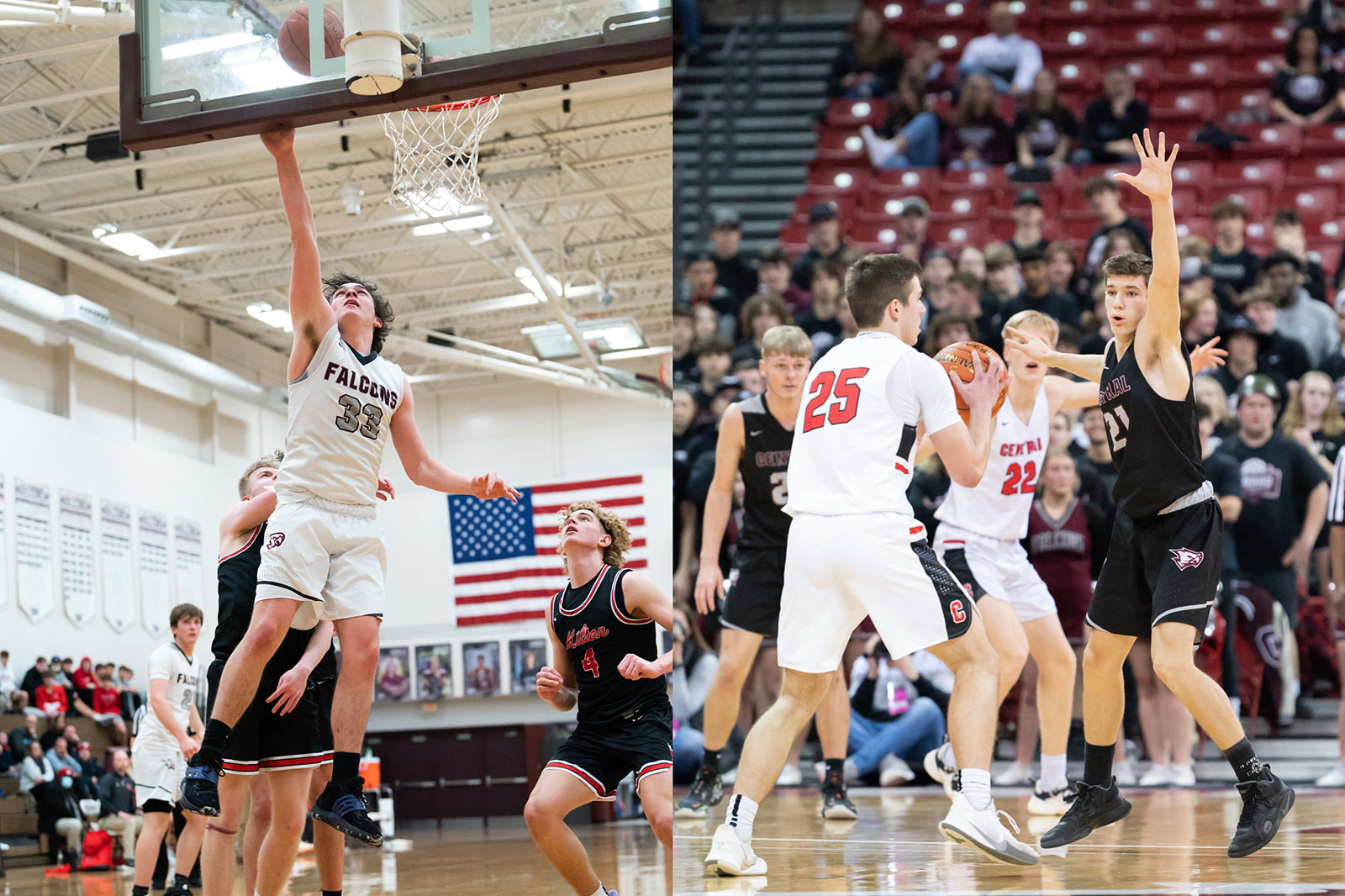 The high school sports calendar is back.

After a brief hiatus in between seasons, the high school varsity sports schedule in Kenosha County is packed once again as the fall season has transitioned to winter.

That means the Wisconsin Interscholastic Athletic Association sports of basketball (boys and girls), gymnastics, boys hockey, boys swimming and diving and wrestling (boys and girls) will take center stage in Kenosha County from now into the early weeks of spring.

And there’s a full slate of athletic events around the county this week, specifically on the hardwood, where the excitement of boys and girls basketball will be lighting up county gyms for months now.

With boys basketball teams around the county just starting their seasons, there are plenty of games to choose from this week for this list. But let’s start at Westosha Central with head coach James Hyllberg’s Falcons, who are coming off their second trip to the WIAA Division 2 State Tournament in five seasons in 2021-22 and will open their 2022-23 campaign by hosting Whitefish Bay on Tuesday night. Central won 25 games and an undefeated Southern Lakes Conference title last season, but the Falcons must replace almost all of their offensive production due to graduation, including last season’s SLC Player of the Year in Jack Rose, now a freshman guard for the NCAA Division I UW-Green Bay men’s basketball team. This season, Central will turn its leadership over to players like senior forward Wyatt Anderson and senior guards Alex Sippy and John Kinzler, among others, who all played significant varsity minutes in supporting roles last season.

A pair of county teams square off in early-season non-conference action in girls basketball, as Shoreland hosts Tremper on Tuesday night. The Trojans entered this week at 1-1 on the season, and senior guard Aliana Brown is off to a great start, averaging 24 points per game, including 26 in a non-conference win at Waukesha North last week Tuesday. Last season as a junior, Brown was named first-team All-Southeast Conference after leading the SEC with 20.5 points per game. Shoreland, meanwhile, is off to a 2-1 start entering play this week and is being led by junior forwards Amanda Heusterberg (18 points per game) and Anna Koestler (15 points per game). As a sophomore last season, Heusterberg was named honorable mention All-Metro Classic Conference.

Wilmot and Westosha Central renew their historic county rivalry by hitting the mats for an SLC dual match on Thursday night. Wilmot junior Joel Sullivan is coming off a stellar sophomore campaign in 2021-22, in which he placed sixth at 138 pounds in the WIAA Division 1 State Meet. Central senior Marcus Gillmore also qualified for the State Meet last season, reaching the 145-pound field as a junior.

While the Wilmot and Westosha Central wrestling teams square off in the county on Thursday night, the Bradford and Tremper wrestling teams will do battle on the mats in the city with an SEC dual match at Tremper. For the Trojans, senior Jackson Henderson is coming off a junior campaign in 2021-22 in which he qualified for the WIAA Division 1 State Meet at 160 pounds.

The Kenosha Thunder co-op boys hockey team, which includes players from the Kenosha Unified high schools as well as Westosha Central and Wilmot, plays its second Classic Eight Conference game of the season Saturday night by hosting the co-op team based out of Muskego at the IcePlex. Kenosha is off to a strong start, entering the week with a 4-1 overall record, including a 3-0 mark over Thanksgiving weekend in the Kettle Moraine/Mukwonago Tournament at Naga-Waukee Ice Arena in Delafield. The Thunder have three games scheduled this week, including a non-conference game at Janesville on Tuesday night and a non-conference home game against Cedarburg on Friday night, before hosting Muskego on Saturday. Through five games this season, LakeView Technology Academy senior forward Lucas Eltoft leads the Thunder with four goals and three assists for seven points, while Indian Trail senior forward Liam VonElm-McKenna has three goals and three assists for six points and Tremper senior forward Jake Schulte has three goals and two assists for five points.