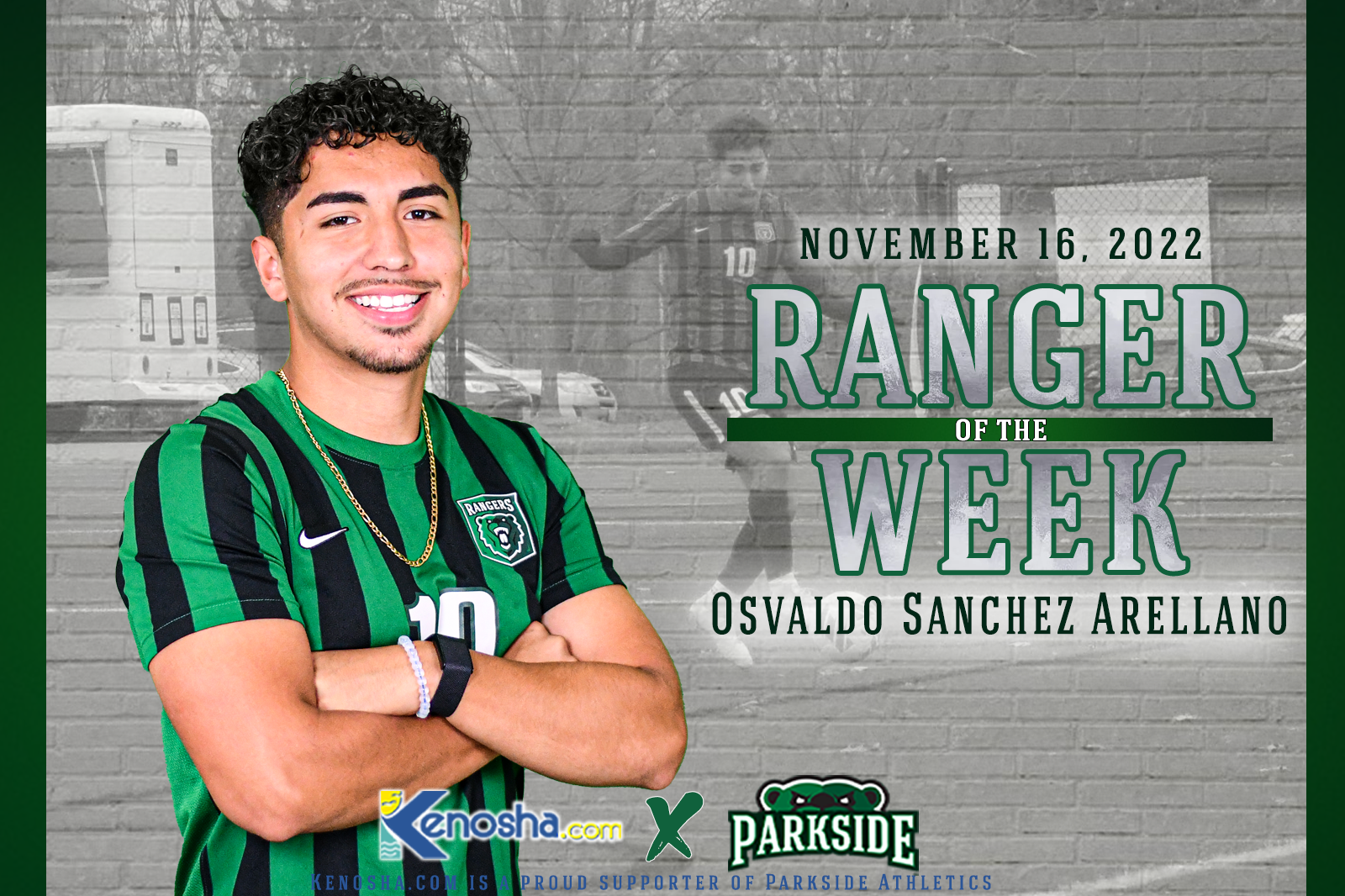 Go-ahead goal in the 87th minute vs. Ashland sends the Parkside soccer team to the Sweet 16 of the NCAA D-II Tournament

The Parkside men’s soccer team traveled to Ashland, Ohio, on Friday, Nov. 11, to compete against the University of Indianapolis and Ashland University in the NCAA Division II Tournament. After beating seventh-seeded Indianapolis, 4-2, the the Rangers knocked off second-seeded Ashland, 3-2, on Sunday, Nov. 13, thanks to a goal in the 87th minute from Osvaldo Sanchez Arellano, our Kenosha.com Ranger of the Week.

Sanchez Arellano’s goal was his second of the season. The redshirt sophomore from Milwaukee scored five goals in his previous two seasons and was part of the 2021 All-Academic Excellence Team.

Sanchez Arellano played soccer from a very young age. His father claims he was kicking around a ball when he began walking. Growing up, soccer was always his favorite sport. As a senior at Marquette University High School, Sanchez Arellano earned first-team All-Greater Metro Conference and All-State honors. He redshirted his freshman year at Parkside. Last year, Sanchez Arellano was a key part of the team that won the Great Lakes Intercollegiate Athletic Conference regular season and tournament titles before hosting the first two rounds of the NCAA Tournament at Pritchard Park in Racine.

One of the many reasons why Sanchez Arellano chose to attend Parkside was the proximity to his home in South Milwaukee. He enjoys the ability to travel home to his family whenever he needs. The small class settings and the strong academic atmosphere surrounding athletes was another great reason for him to attend Parkside. Lastly, of course, the historic men’s soccer program made coming to the university an easy decision.

Sanchez Arellano stated that this year’s team is so strong because of the adversity it had to face throughout the season. “Losing our captain early in the season, having some disappointing results during the season …” are just some of the ways the whole team has come together to earn the 10th seed in the region and earn a bid to the NCAA Tournament. “This team is a family and we have shown that lately by how we fight for each other. [I] feel honored to be a part of this team.”

Up next for Parkside

The Rangers will head to St. Louis to square off against third-seeded Maryville University in the Sweet 16 of the NCAA Tournament. Kickoff is scheduled for 1 p.m. For more information, visit parksiderangers.com.