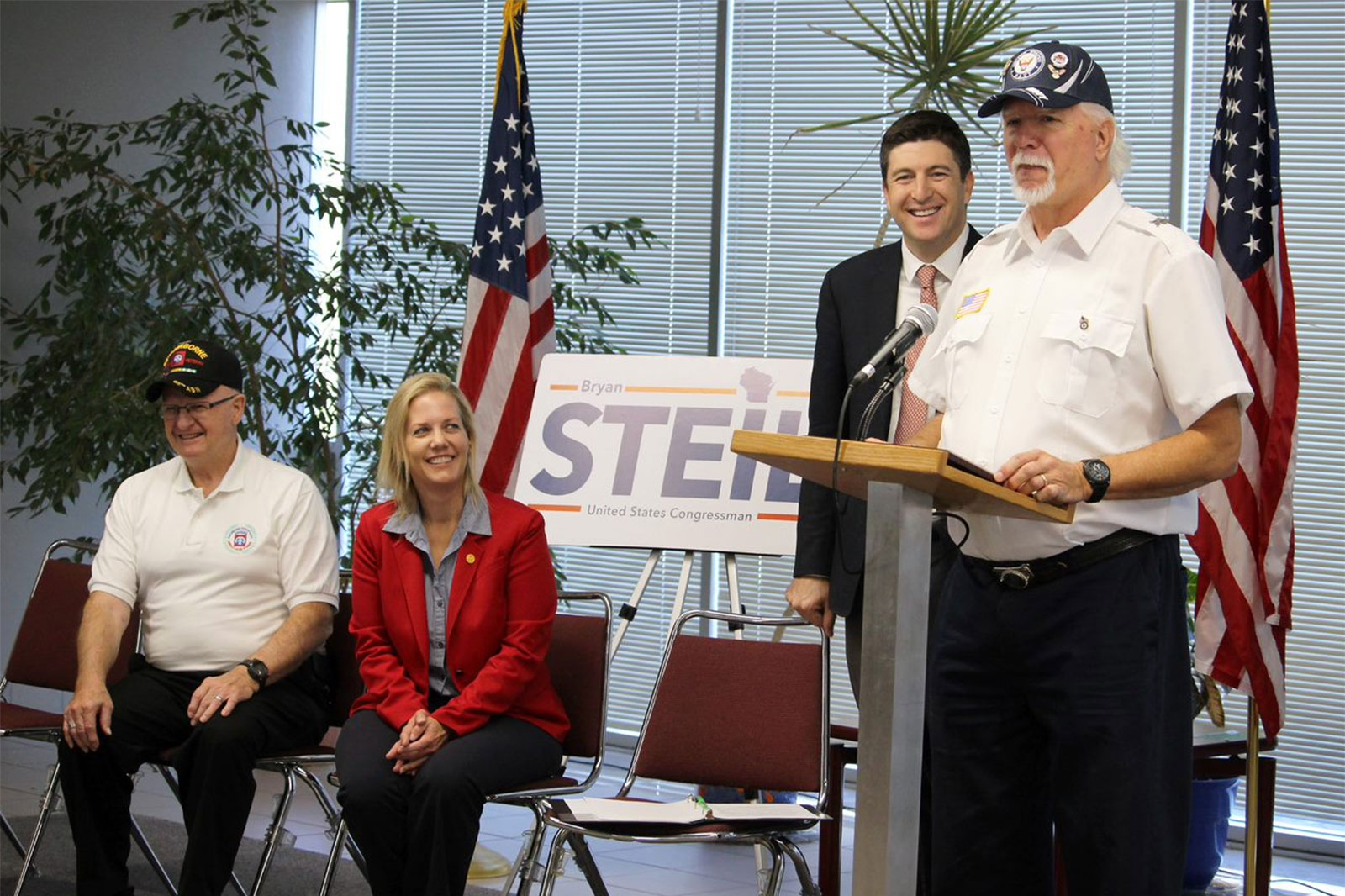 U.S. Navy vet 'nominated for his service, dedication, and commitment to uplifting countless veterans in our community'

“I am honored to present Steve Tindall with the 2022 Veteran of the Year Award,” Steil said. “Steve was nominated for his service, dedication, and commitment to uplifting countless veterans in our community. He volunteers at countless organizations focused on supporting our veterans and has continued his service to our community following his years in the Navy.

“We cannot thank each of our veterans enough for their service and sacrifice to our country. I remain committed to working for each of the heroes in our community and appreciate everyone’s submissions.”

Tindall served in the U.S. Navy from 1969-1978 during the Vietnam War. He was a Fire Control Technician/Gun Fire Control Systems First Class Petty Officer, who was responsible for aiming and firing the guns on board the ships. His service has been recognized by receiving the National Defense Medal and two Good Conduct Awards.

SERVICE: Demonstrate a commitment to service in their community. This could be through advocacy, community projects, an act of heroism, or other actions.

EXCELLENCE: Provide an example of how this veteran exudes a spirit of excellence.

DEDICATION: Have a dedication to supporting their fellow veterans and building bridges between veterans and our greater Southeast Wisconsin community.

Nominees had to be a veteran of one of the five Armed Forces of the United States, including Reserve or National Guard, or United States Merchant Marines. All nominees had to supply a DD-214 and live within Wisconsin’s First Congressional District.

During Steil’s time in Congress, he has assisted countless veterans with constituent casework inquiries and introduced legislation to support Wisconsin veterans. Most recently, Steil introduced the Survivor Benefits Fairness Act to correct a survivor benefits issue at the VA and the No Veteran Falls Through the Cracks Act to support veterans mental health.