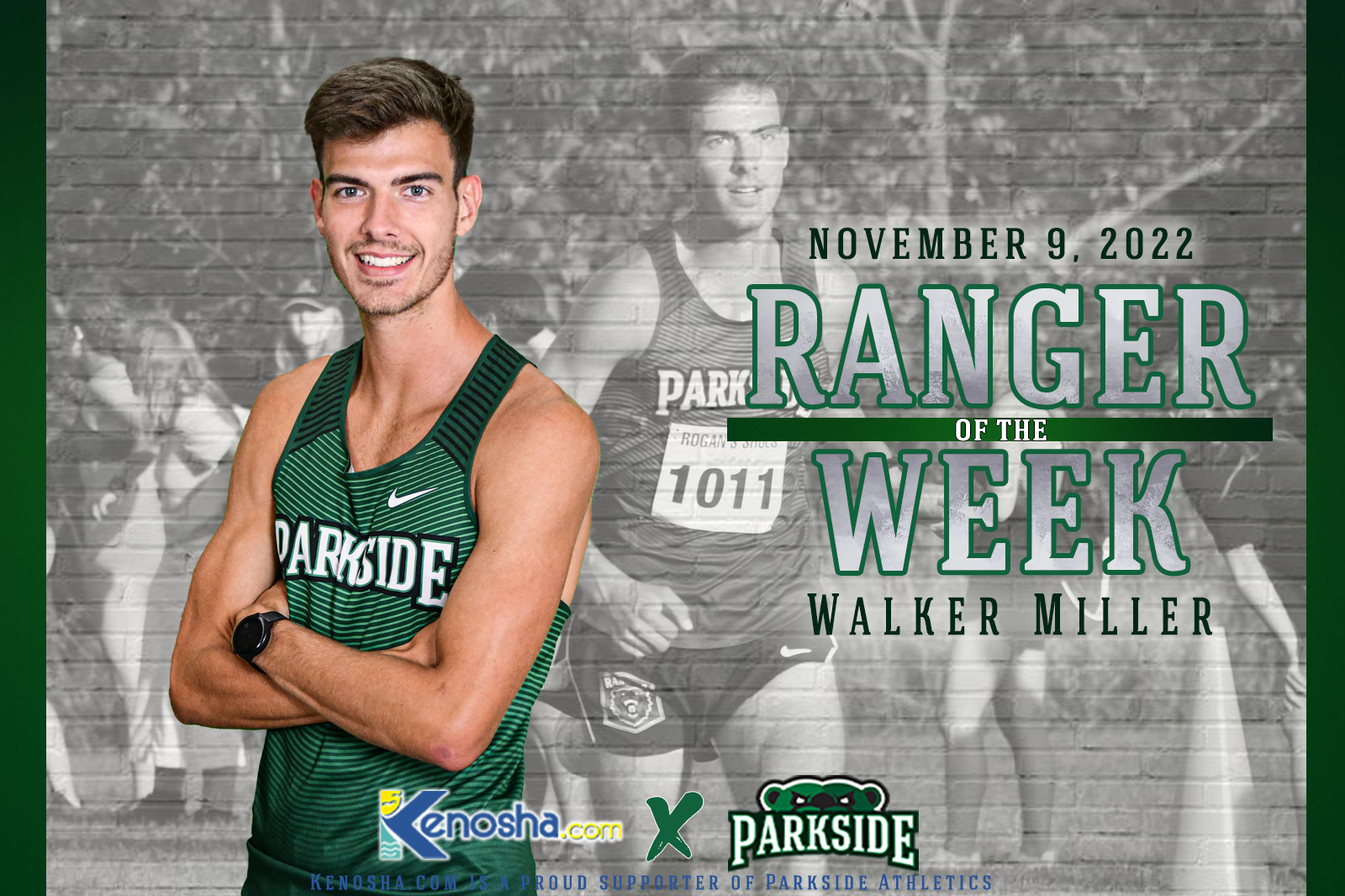 Ranger of the Week: Walker Miller

On Friday, Nov. 4, the Parkside cross country team competed in the Great Lakes Intercollegiate Athletic Conference Championships at Wayne State in Detroit. The men’s team came away with a fifth-place finish, while the women’s team placed in ninth.

The Rangers came away with four All-GLIAC performances, with Katja Baeuerle, Uriah Aili, Ramon Romero, and Walker Miller earning second-team honors. Miller made a move late in the race to secure his All-GLIAC finish and played a major role in the Rangers final score. For that, he is our Kenosha.com Ranger of the Week.

Miller, a senior from Ashland, Wis., finished the 8,000-meter race in 21st place with a time of 25 minutes, 32.3 seconds. He was the second Ranger to cross the finish line, following teammate Uriah Aili, who placed 14th. Miller’s career-best performance topped his previous best time of 25:38 at the Lucian Rosa Invitational on Oct. 8.

Miller joined the Rangers in September of 2021 after competing for two seasons at the University of Missouri-Kansas City. Miller transferred following the suspension of the Kansas City program due to the COVID-19 pandemic. He chose Parkside for its location, both close to home and somewhere where he can enjoy the outdoors.

Miller started running in middle school with his brothers. His older brother and his identical twin brother also ran at UMKC. Miller currently is studying kinesiology, and just started a master’s program in health and wellness management.

The Rangers return to action on Saturday, Nov. 19 as they are set to host the NCAA Division II Midwest Regional Championships on the Wayne E. Dannehl National Cross Country Course.