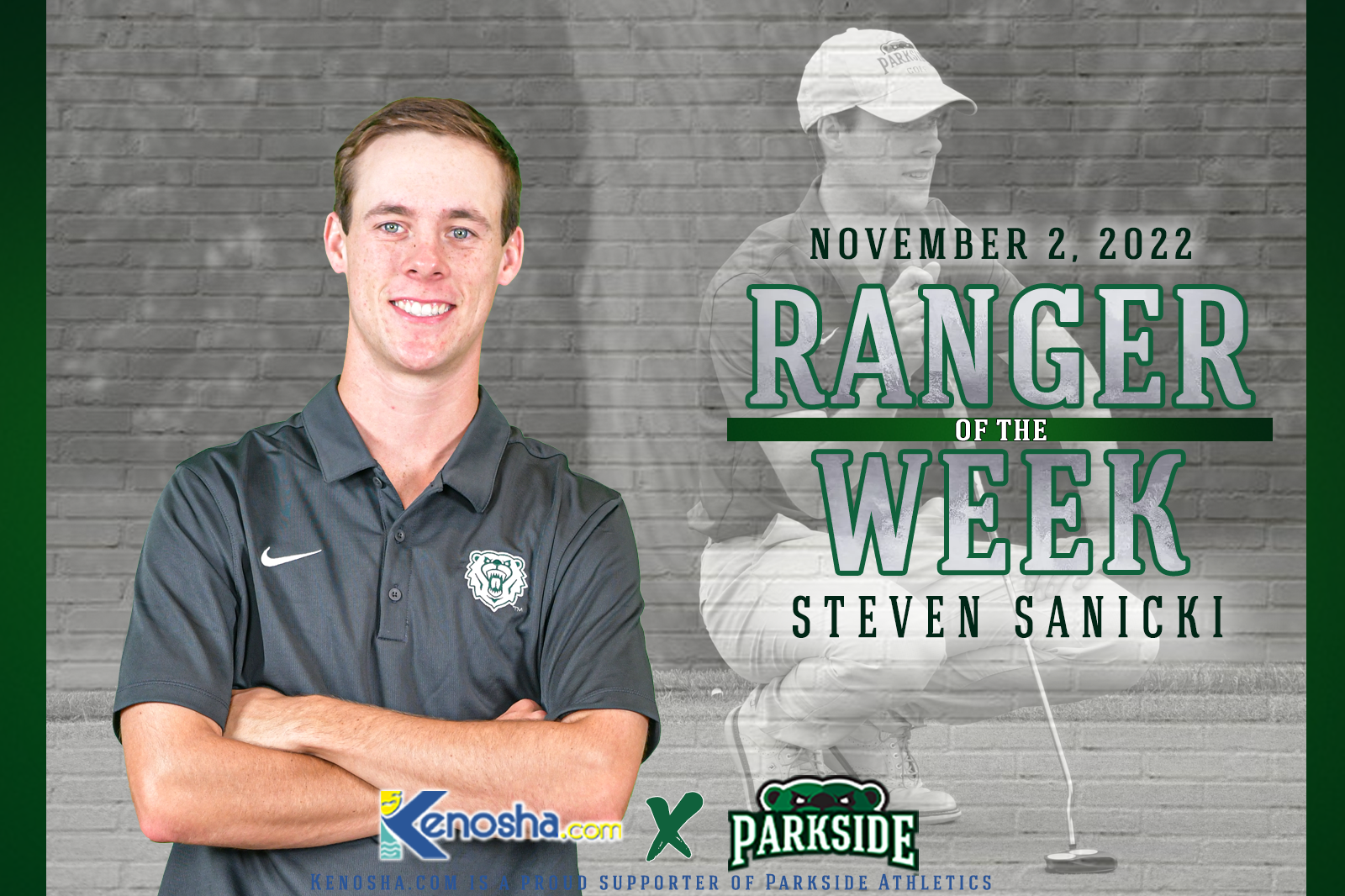 Ranger of the Week: Steven Sanicki

The Parkside men’s golf team traveled to Owensboro, Ky., on Saturday and Sunday, Oct. 29-30, to compete in the Fall Invitational hosted by Kentucky Wesleyan at The Pearl Club. Throughout the rain-filled weekend, the Rangers were led by senior Steven Sanicki, our Kenosha.com Ranger of the Week.

Sanicki won his first career collegiate tournament, carding a 5-under par 139 (69-70). He began the final round in a tie for fifth place but his ability to avoid bogeys quickly took him to the top of the leaderboard where he stayed for the final nine holes of the tournament. His two-day total of 139 is the second-lowest 36-hole score in Parkside men’s golf history.

Life as a twin

Steven is 21 minutes older than his twin brother Danny and the two have been leaders on the Rangers golf squad for four years. The brothers began playing golf when they were six years old and didn’t start competing in junior events until they were 14 and heading into high school. According to Steven, life as a twin has been filled with the competitive nature of trying to beat each other and consistently pushing the other to get better. Steven was inspired by his older brother Ryan, who motivated him and Danny to pursue golf in college and beyond.

Sanicki chose Parkside because of how close it is to his hometown of Menomonee Falls. He is currently a senior studying Business Management with a General Business Concentration. He is also studying Marketing for a double major with a Sales Certificate.

The Kentucky Wesleyan Fall Invitational was the final event of the Rangers fall schedule, but the team has continued to move up the national GolfStat.com rankings and is now ranked 12th in the region as they look to qualify for the NCAA Midwest Regional Tournament in the spring for the first time since 2013.