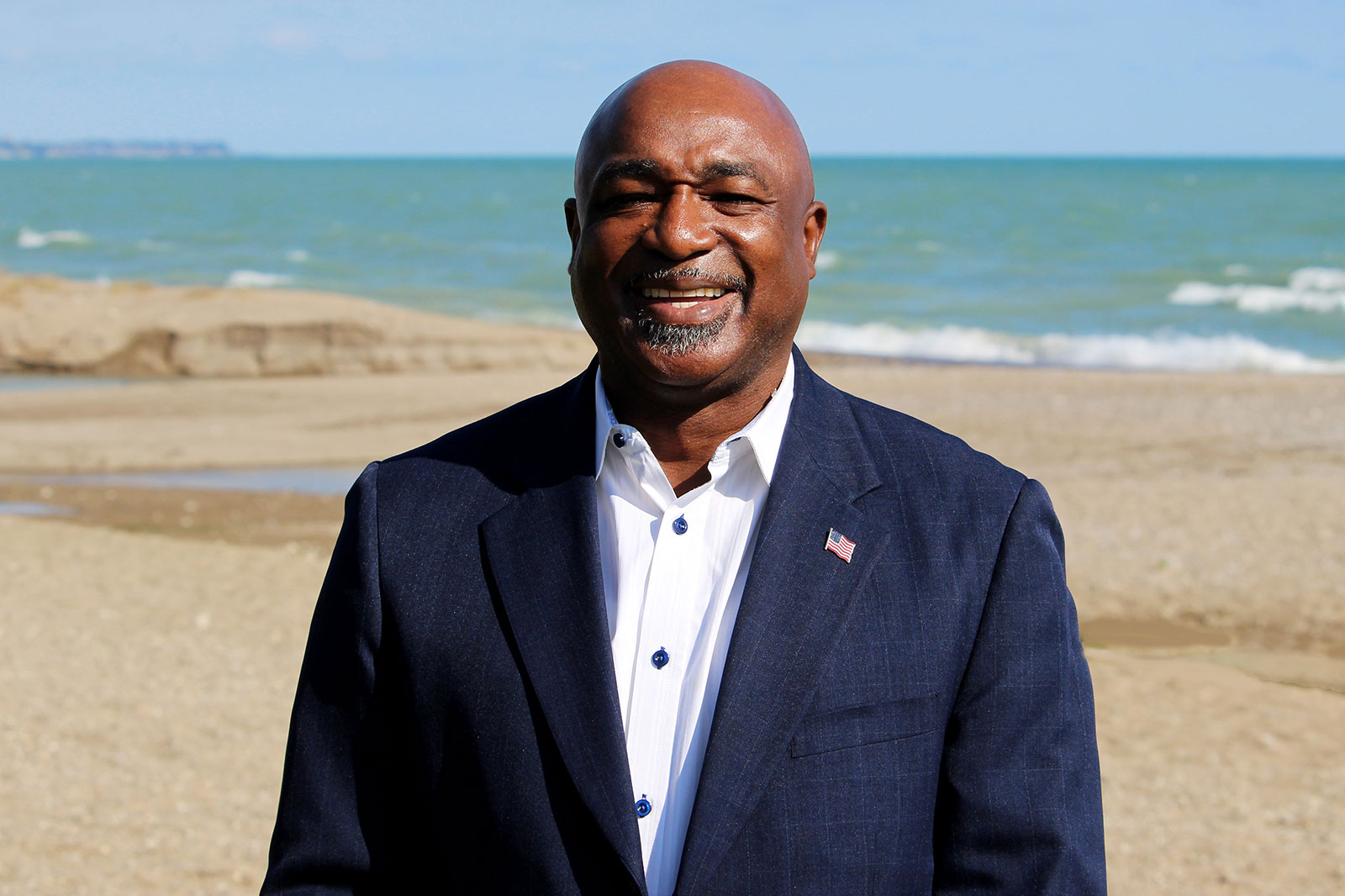 Nelson was sworn into the office on Oct. 18, during the CVSO fall conference in Wisconsin Rapids. He will serve a one-year term, while also continuing his duties for Kenosha County.

“It’s a tremendous honor to serve our veterans in Kenosha County, and to serve our statewide organization as president,” Nelson said.

A 29-year veteran of the U.S. Navy who retired in 2010 at the rank of Region Command Master Chief, Nelson has served as Kenosha County’s Veterans Services director since 2015. Prior to that, he spent four years in the same role for Racine County.

As the county’s Veterans Service Officer, Nelson leads a staff that links veterans and their families to local, state and federal benefits, assisting with the processing of claims and working to ensure veterans receive the services they have earned.

“It’s the best job a person could ever have,” Nelson said. “You feel like you fulfill God’s call to duty, to take care of people.”

Nelson has been active in the County Veterans Service Officers Association of Wisconsin since 2011, serving as region president from 2012 to 2014 and later as chairman for training and accreditation. More recently, he worked up the ranks as statewide 2nd and 1st vice president before his recent uncontested election to the president’s post.

“Ali is a passionate advocate for veterans in Kenosha County, and I know he also brings that enthusiasm to this statewide position,” Kerkman said.

Said Jansen: “Ali’s leadership skills and strong knowledge of veterans services will be a great asset to the association.”

Nelson said fostering the development of incoming county veterans service officers across the state is a cause that is important to him, and it’s a significant role that the statewide association has to play.

“Mentoring the newer CVSOs who are coming into the association is near and dear to me, because to fully grasp the job, it takes 18 to 24 months,” Nelson said. “It’s a really big responsibility, and we want to make sure we prepare these individuals to be successful as they take on the role of CVSO.”

“I think the motivation is you have to be purpose-driven to do this job,” Nelson said. “The fact that I wore the uniform for 29 years, it’s a commitment to veterans who have gone before us. I talk about World War II veterans and how we stand on their shoulders, and we have our new veterans who are returning from service. We have to take care of them, because if we don’t nobody else will.”

Other thoughts on Ali Nelson

“A more energetic, determined, and compassionate Veterans advocate would be very difficult to find. He leads by example. Ali is always willing to listen, to learn, but never to compromise on serving our Wisconsin Veterans in receiving any and all benefits they have earned by their service to our great nation. I wish him well in his new position and look forward to working together with him and the Association.” — Duane Honeycutt, Director of the U.S. Department of Veterans Affairs Milwaukee Regional Office

“Ali has been a good friend to me ever since I came into the CVSOA. He was the training officer then and when he left that post I was saddened. I was then pleased when he became 2nd Vice president, knowing he would eventually move up to the position of President. It is with Ali’s guidance that I ran for the 2nd Vice Position and now I move to first Vice President right behind him. Ali deeply cares for the people around him and cares for the CVSOA of Wisconsin. I look forward to a great year in the Association.” — Bruce Wilber, 1st Vice President of the County Veterans Service Officers Association of Wisconsin