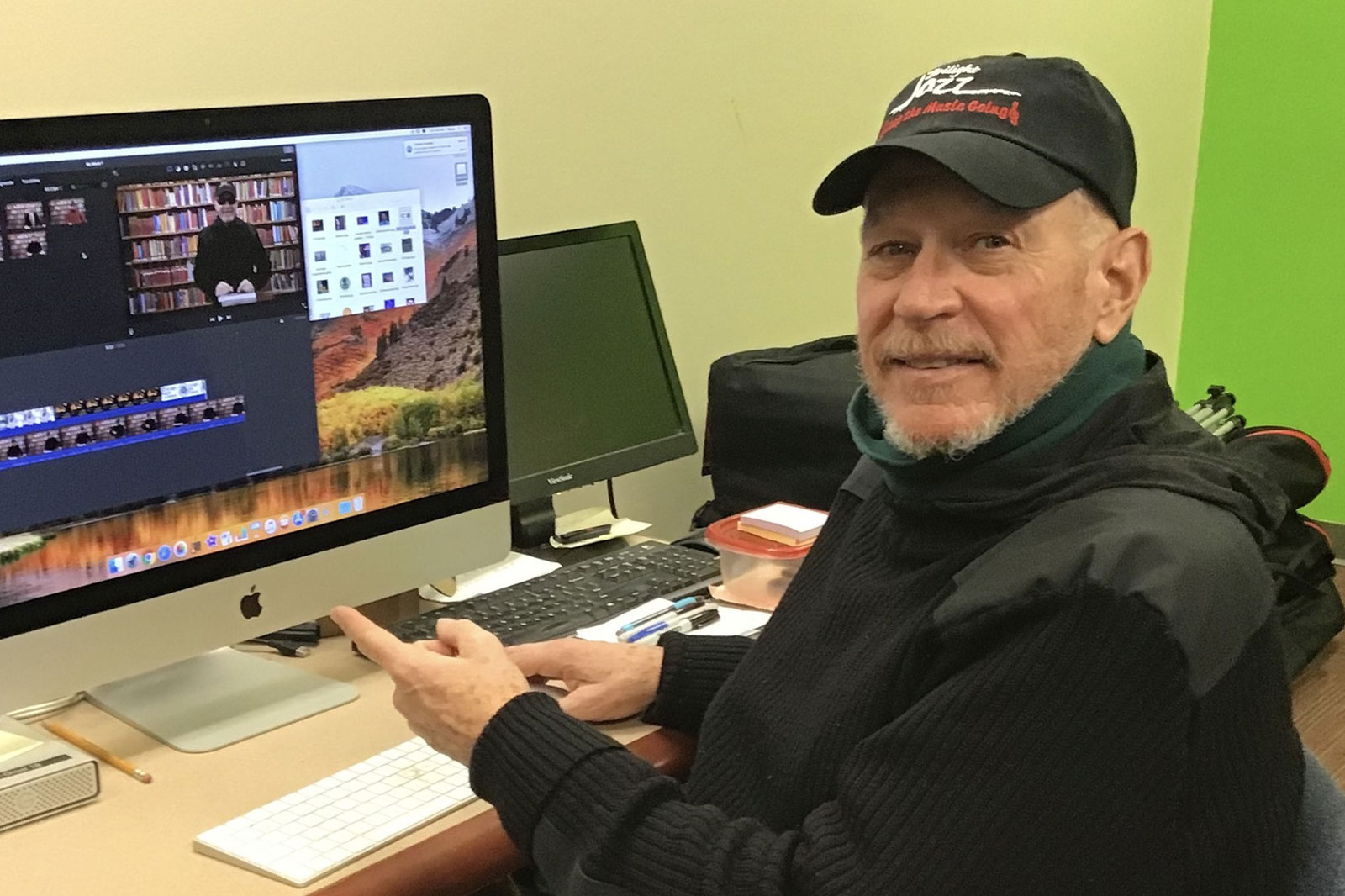 Kenoshan of the Week: Dave Moresi

Dave Moresi is a prolific reader.

Nearly every week he comes into the Kenosha Community Media studio called The Hub located in the Southwest Neighborhood Library and shoots another segment for his show, “These Are Books.”

“When we moved to Kenosha, my wife, Carole, saw a PSA about KCM,” Moresi said. “It said, ‘Don’t just watch TV, create it.’ We decided it would be fun to take the classes; and then we began helping people with their shows, and finally we started doing our own show.”

That was over 20 years ago and the show they began producing was called “Fun with Dave and Carole.” The show sometimes had a little extra time to fill, and Moresi came up with the idea to do a book review segment. A few years later, they spun off the segment into its own show calling it “These Are Books.”  It’s now been 15 years and his desire to share his love of reading is still strong.

Moresi, who was recently honored as the Wisconsin Community Media Producer of the Month, has been selected as the Kenosha.com Kenoshan of the Week.

“Some of the books I review are current best sellers available out there now. Others I just pick up from the library because I’m interested. I like to think my show demonstrates what is all available from libraries, and that there are so many topics and areas of interest people can learn about with a library card.”

“Paths of Dissent,” was just published this year. It’s a collection of essays from American veterans of Iraq and Afghanistan. He reviewed “The Hilarious World of Depression” by John Moe, which came out in 2020 and shares how comedians and others cope with the condition. The book “Skunk Works,” by Ben Rich, is an exciting 1996 memoir about the secret development of military aircraft at Lockheed. “Living Buddha, Living Christ,” written by Thich Nhat Hanh and published in 1997, celebrates the traditions of two great religions and explores their commonalities. “The Book of Guys” by humorist Garrison Keillor is a funny take about life from the male perspective.

Looking straight into the camera in front of a backdrop filled with books, Moresi delivers his reviews using the TelePrompter, always showing the cover of the book and sometimes dropping in visuals. After three or four weeks, he has enough segments to create another half-hour show, which he edits together himself at KCM. He also posts his reviews on Facebook.

“I hope ‘These Are Books’ inspires people to read and do their own shows,” Moresi said.

Watch “These Are Books” on Cable Channel 14 in the Kenosha area and on KCM’s livestream at https://www.kenoshamedia.org/watch.html every Monday at 11 a.m., Tuesday at 8 p.m. and Friday at 12:30 a.m.