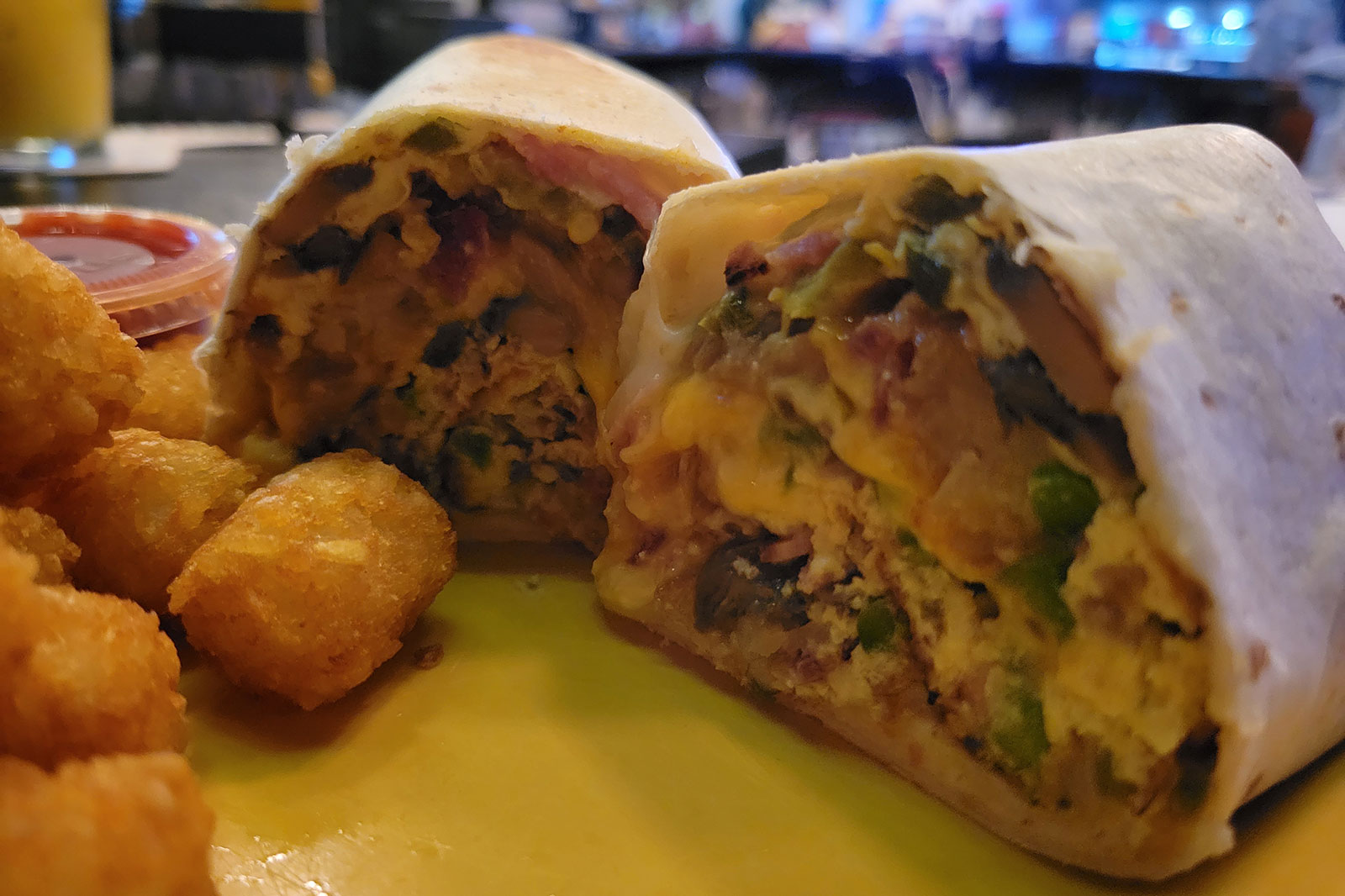 A Sunday morning staple during the NFL season

Sunnyside Club, 7517 22nd Ave., is THE south side neighborhood bar where lifelong Kenoshans meet to share a beer and some fried snacks.

Sunnyside Club has been one of Kenosha’s favorite watering holes since what seems like the beginning of time.

Its south side location and mix of neighborhood pub/party bar atmosphere has made it a destination for Kenosha lifers, transplants, and even day trippers since before I was born.

Despite the giant signage establishing Sunnyside to passers-by as a “super bar,” it’s always been known for low cost, approachable bar food.

While the concept has remained unchanged over all these years, a more recent menu offering has been drawing large, local crowds every Sunday morning during the NFL season.

I had been told by friends at least 20 times that I needed to make it to Breakfast Burrito Sunday but it never worked out until recently.

I had no idea what I’d be walking into or just what I had been missing.

Normally, a visit to Sunnyside involves finding a seat and ordering with a bartender. When we walked in the door, there was a line of people. So, as newbies, we just joined it.

It turns out the breakfast burritos have become so popular that there is sometimes a line to the door to order. Don’t worry, though. It moves fast. We made it to the front within five minutes.

As we approached the counter, i could see that the back grill was absolutely full of at least 25 burritos being cooked.

We took advantage of our time in line to ask a few regulars for pro tips before it was our turn to order.

Here’s what we learned:

The breakfast burritos are a giant meal, cooked well for a pretty darn reasonable price.

As a bonus, the folks that come to Sunnyside on a Sunday morning are a pretty friendly bunch and you’re bound to make a friend while enjoying a great meal.

The Breakfast Burrito is available every Sunday during the NFL season for $8 with one meat or $9 with as many as you’d like.

SunnySide Club is currently open for dine-in and carry-out. This dish and the entire menu can be viewed online at SunnySideClub.com.