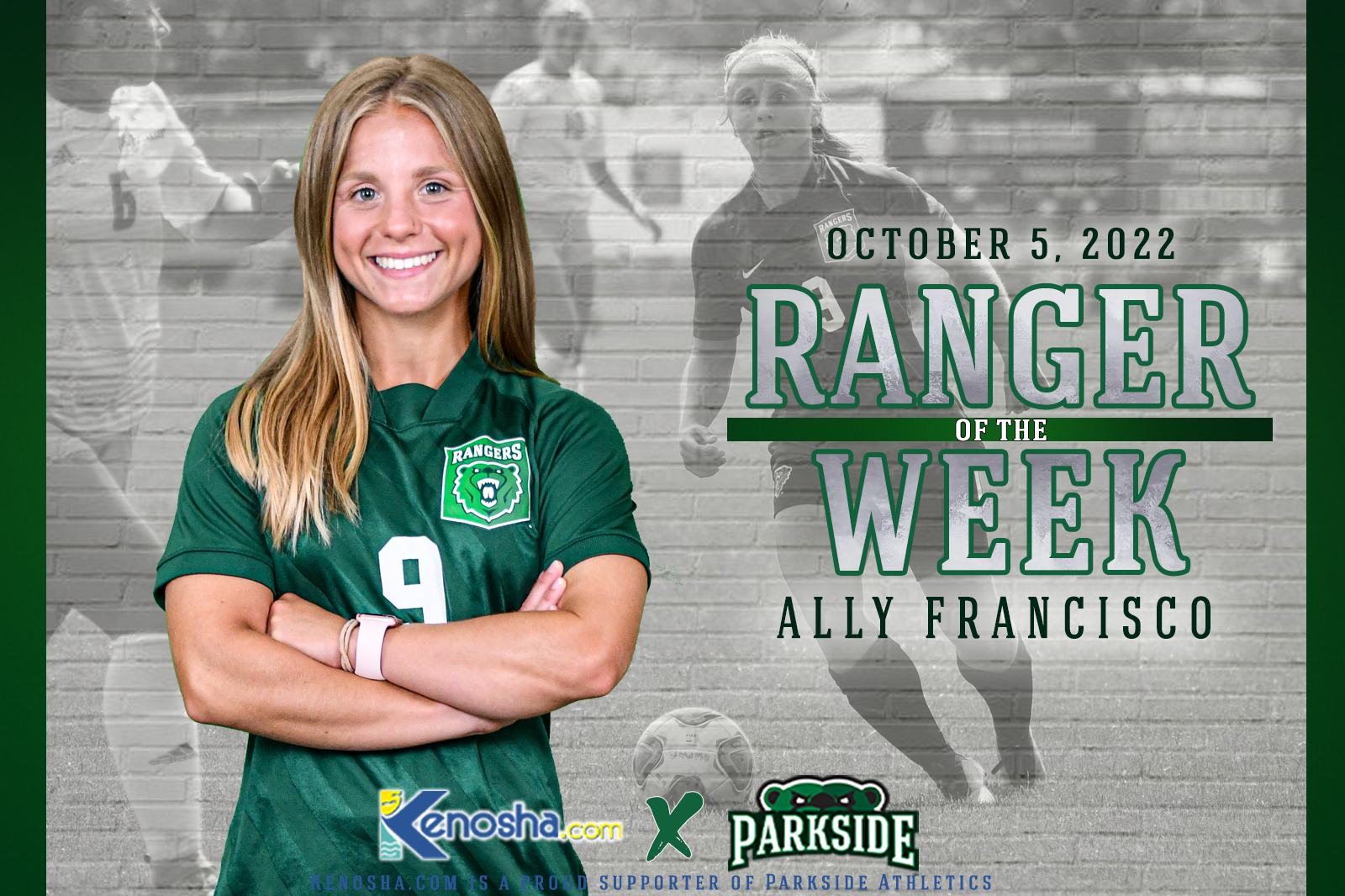 Ranger of the Week: Ally Francisco

The Parkside women’s soccer team traveled to Hammond, Ind., on Saturday, Oct. 1, to take on Purdue Northwest. The Rangers offense was in complete control from beginning to end, defeating the Pride, 3-0. Helping lead the Rangers to victory was junior Ally Francisco, our Kenosha.com Ranger of the Week.

Francisco scored her first career goal in Saturday’s win. The junior from Ada, Mich., recently moved from a defensive role and now sees time as a forward, as she presents more of a threat to opponents up top. Francisco is a double major in Economics and Marketing at Parkside.

Francisco started playing soccer at three years old when she joined a league with her preschool friends. Her inspiration to start playing soccer was her older brother, who went on to play Division III soccer at Hope College. Francisco also grew up playing with current teammate Chloe Grooters, as they were on club and high school teams together throughout their careers.

Francisco chose to attend Parkside because of the campus’ location near Lake Michigan and the job opportunities that were presented between Chicago and Milwaukee. She also chose Parkside for the opportunity to compete in the Great Lakes Intercollegiate Athletic Conference. Her hometown is near several GLIAC schools, which has allowed her parents to never miss a game.