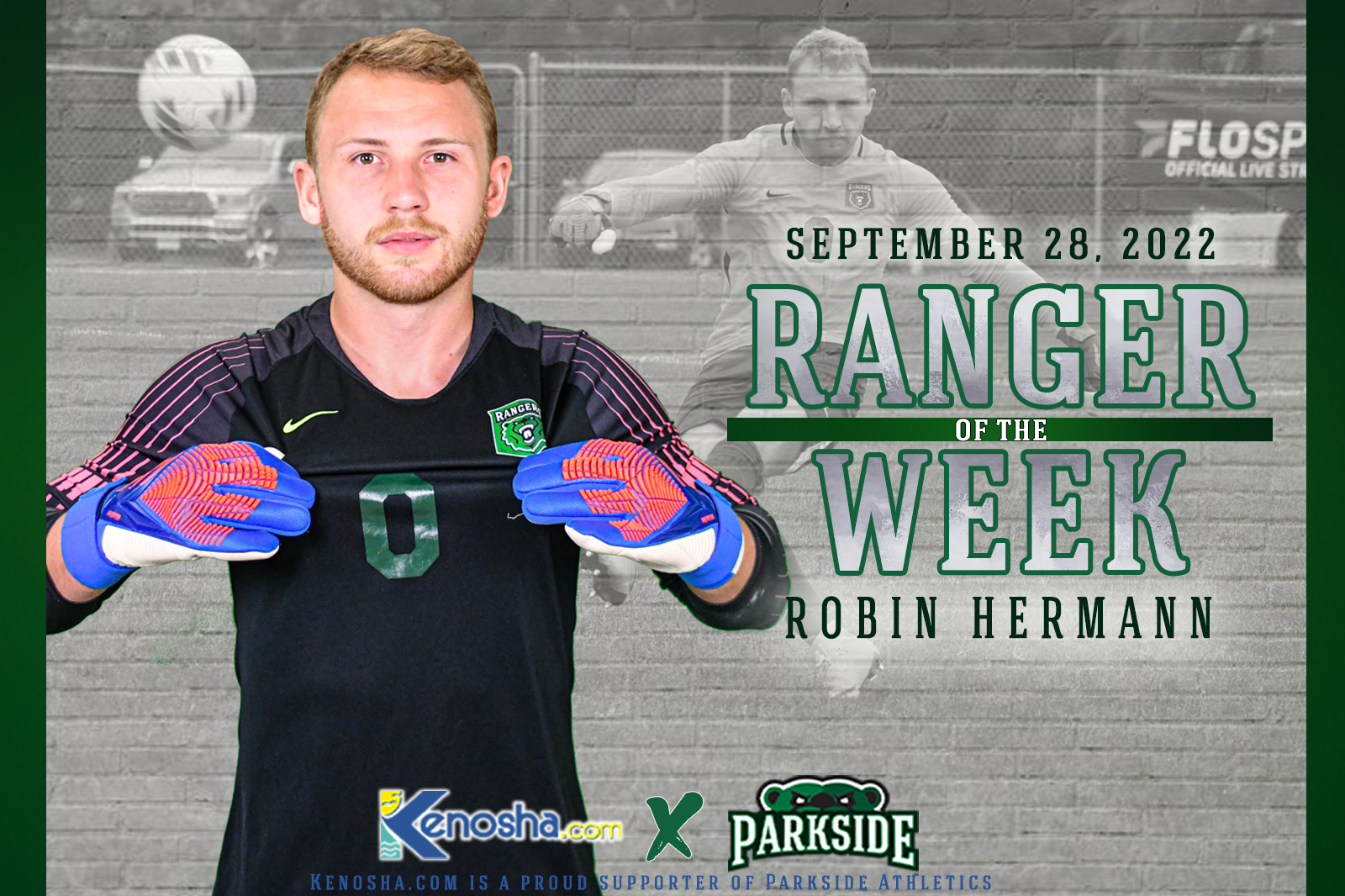 Ranger of the Week: Robin Hermann

Parkside goalkeeper from Germany shuts out No. 5 Saginaw Valley State

The Parkside men’s soccer team hosted a big game against Saginaw Valley State on Sunday at Wood Road Field. The Rangers came into the game ranked No. 21 in the latest NCAA Division II poll, while the Cardinals were No. 5.

The game had major implications in the conference race as the Great Lakes Intercollegiate Athletic Conference enters the second half of the season. Although filled with plenty of action, the game ended in a 0-0 draw, thanks to new rules that have taken away overtime during regular-season play. A key player in the game was junior goalkeeper Robin Hermann, our Kenosha.com Ranger of the Week.

Hermann, a native of Kirchheim unter Teck, Germany, recorded four saves while not allowing a goal in his ninth start of the season. He is the first goalkeeper to keep the Cardinals off the scoreboard this season, as SVSU entered the match averaging three goals in the first nine games. Hermann made several challenging saves look easy as he and the back line limited the Cardinals’ offensive opportunities and helped keep the Rangers in the hunt for the No. 1 seed in the conference.

A life of soccer

Hermann grew up playing soccer. He started playing when he was five years old with his school friends. He started as a field player and changed positions to goalkeeper after a few years. His father was a goalkeeper, which sparked his interest in the position.

When it came time to decide on college, Hermann made the choice to come to the United States in hopes of pursuing both an education and continuing to play soccer at a high level. Hermann played at Lincoln Memorial University in Harrogate, Tenn., from 2019-21.  During the 2021 season, Hermann led the nation in saves per game (7.11 avg.).

Following the 2021 season, Hermann decided to hit the transfer portal and find a program that matched his desire for success. He learned of Parkside through two of the Rangers’ stars: Max Ludwig, who was an All-American in 2021, and Henry Bruer-Schmadalla, the 2021 GLIAC Defensive Player of the Year.

The trio had previous experience playing together in Germany, and decided to join forces in Kenosha, with Hermann and Bruer-Schmadalla on the field and Ludwig entering his new role as an assistant coach.

The Rangers return to action on Sunday (Oct. 2) as they travel to face Northern Michigan. The team returns to Wood Road Field on Friday, Oct. 14 when they host Purdue Northwest.