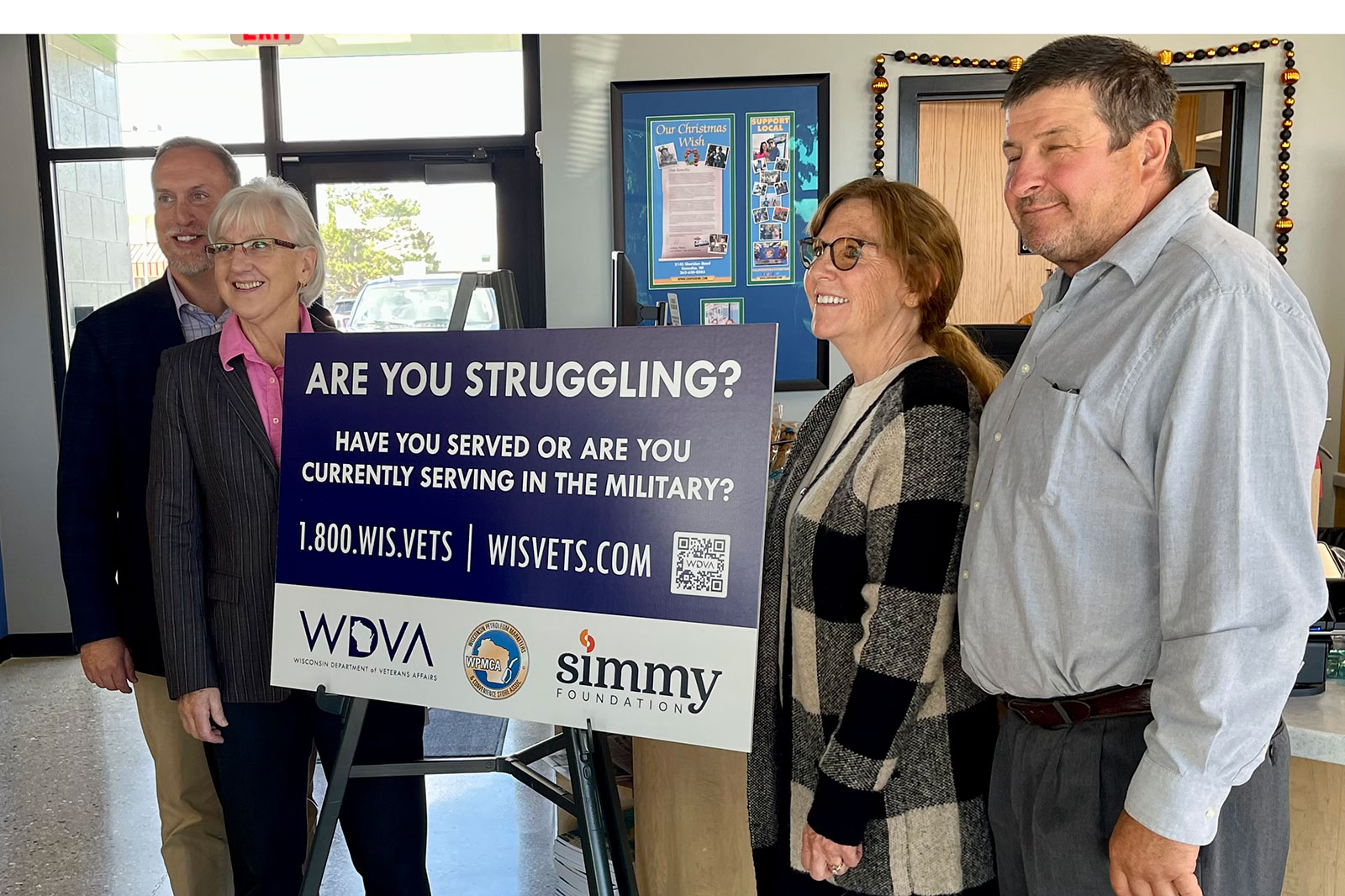 VORP, which covers all 72 counties and the 12 tribal nations in Wisconsin, focuses on connecting veterans to mental health, substance use recovery/rehabilitation programming and overall veteran wellness support.

Perrine helped the organization partner with the bi-partisan program to spread the word throughout the state’s convenience stores. Signs and QR codes will be placed at stores, inside and out, encouraging troubled veterans to call 1-800-WISVETS or visit WisVets.com.

“So many people come through these doors every day,” Perrine said. “Nobody wants to admit they’re struggling. This gives them a way to find help without anyone even knowing.”

Marv and Linda Simcakoski, founders of the Simmy Foundation, also attended the event. The Stevens Point residents created the foundation following the death of their son Jason Simcakoski, an honorary discharged United States Marine Corps Corporal, who lost his life to pain medication and addiction.

The Simmy Foundation began the project as part of its ongoing advocacy for comprehensive, holistic support for veterans and those who have served. After successfully advocating for policy change to curb the over prescription of opioids by VA hospitals, the Simmy Foundation now focuses on projects to provide alternative treatments for vets.

“VORP helps those who have served and we need to make sure people know about it,” said Marv Simcakoski, Simmy Foundation President. “While VORP does amazing work, they don’t have much in the way of an advertising budget. That’s where we can step in from the private sector to help get the word out.”

On Tuesday, those voices were heard at Lou Perrine’s, one of nearly 3,000 WPMCA members across the state in urban, suburban and rural communities.

These small businesses are community hubs where people stop regularly for food and gas. As such, Wisconsin’s gas stations and convenience stores are the way to reach people in the communities where they live.