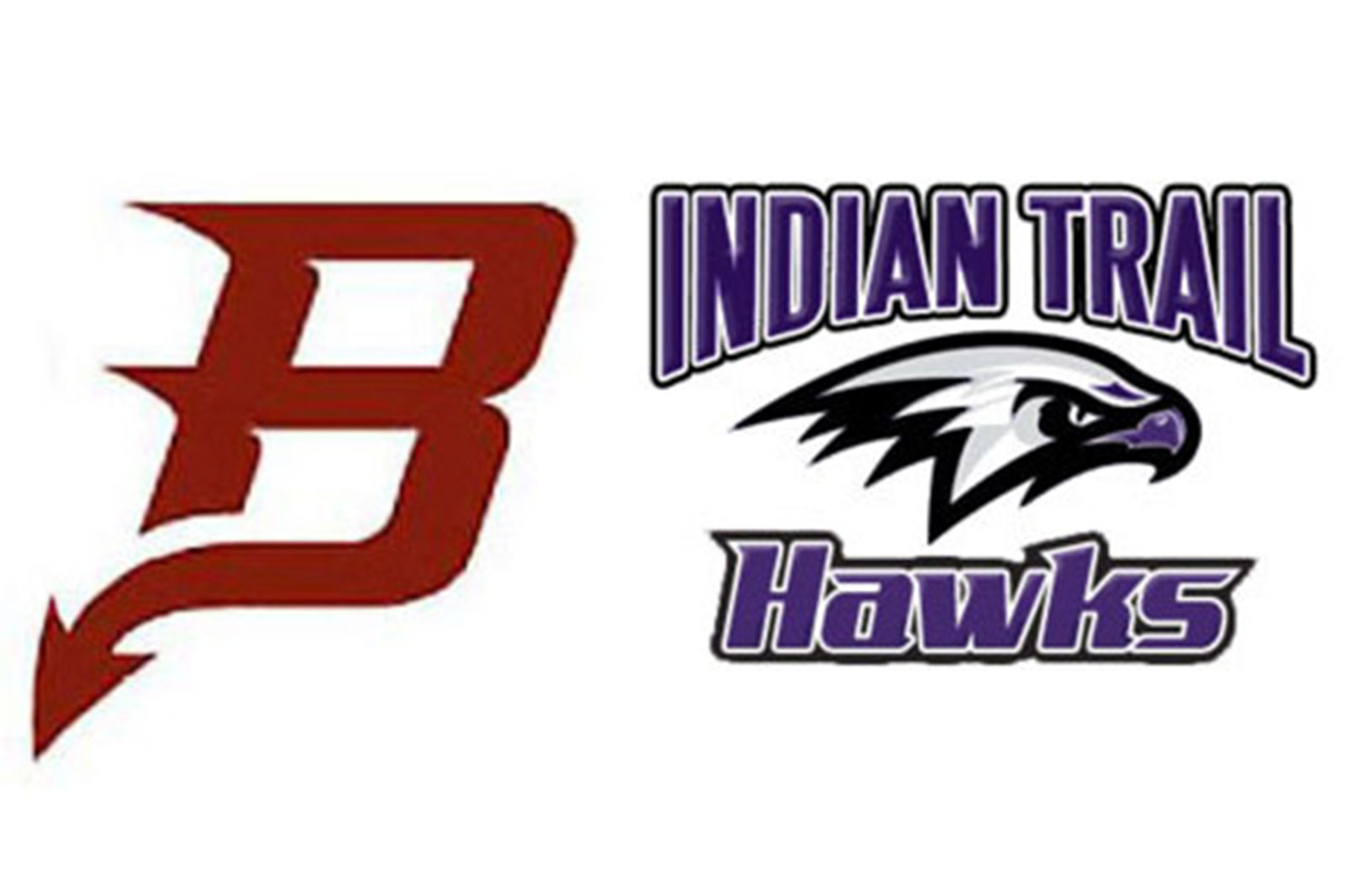 Bradford and Indian Trail are scheduled to square off in five Southeast Conference events this week — all at Bradford, 3700 Washington Rd. — beginning with boys soccer, girls swimming and girls volleyball on Tuesday, continuing with boys volleyball on Wednesday and concluding with football at 7 p.m. on Friday at Bradford Stadium for the Red Devils’ Homecoming weekend.

Additionally, the Kenosha County Cross Country Meet will bring the top distance runners in the county together at the University of Wisconsin-Parkside’s Wayne E. Dannehl National Cross Country Course on Thursday.

While the boys soccer teams battle outside Tuesday night, the Bradford and Indian Trail girls volleyball teams take to the court indoors for an SEC matchup. With the postseason just around the corner, the Hawks (14-5 overall) are in a three-way tie for second place in the SEC at 3-1 in conference play entering this week, one game back of 4-0 Oak Creek. The Red Devils, meanwhile, head into the week at 6-7 overall and 1-2 in the SEC.

Bradford vs. Indian Trail isn’t the only county rivalry matchup this week, at least in girls volleyball. On Tuesday night, Westosha Central hosts county and Southern Lakes Conference rival Wilmot. Both teams enter the week searching for their first conference wins this season, as the Falcons are 6-11 overall and 0-4 in the SLC and the Panthers are 1-11 overall and 1-2 in the SLC.

All eight cross country programs in the county — Bradford, Tremper, Indian Trail, Westosha Central, Wilmot, Shoreland Lutheran, St. Joseph and Christian Life — will have runners competing in the event on Thursday afternoon at the venerable Wayne E. Dannehl National Cross Country Course. Last year, Indian Trail won both the boys and girls team titles. Tess Callahan of Tremper, meanwhile, won the girls individual title as a sophomore, while Indian Trail’s Remy Strichatrz is the top returner in the boys field after placing third as a freshman in 2021.

The Red Devils and Hawks renew their gridiron rivalry Friday night at Bradford Stadium in the main event of Bradford’s Homecoming weekend. Both teams badly need a win, as Indian Trail has lost two straight to drop to 3-3 overall and 2-2 in the SEC and needs to win two of its final three games to secure automatic playoff eligibility. Bradford, meanwhile, has lost four straight to fall to 1-5 overall and 0-4 in the SEC. This is the 11th meeting all-time between the programs, and Bradford tied the series at 5-5 with last season’s 34-13 victory at Jaskwhich Stadium in Week 7. This season, the Red Devils are again led by senior running back Keany Parks, a verbal commit to NCAA Division I Football Bowl Subdivision program the University of Wyoming. He has rushed for 262 yards and two touchdowns and has caught 16 passes for another 153 yards. Indian Trail, meanwhile, features a high-powered offense led by junior quarterback LJ Dagen (1,279 total yards, 15 total touchdowns) and senior running back Justice Lovelace (669 total yards, 18 touchdowns). The Hawks are also looking to wear the unofficial crown of “city champions” after their 48-12 defeat of Tremper in Week 4 at Jaskwhich Stadium.