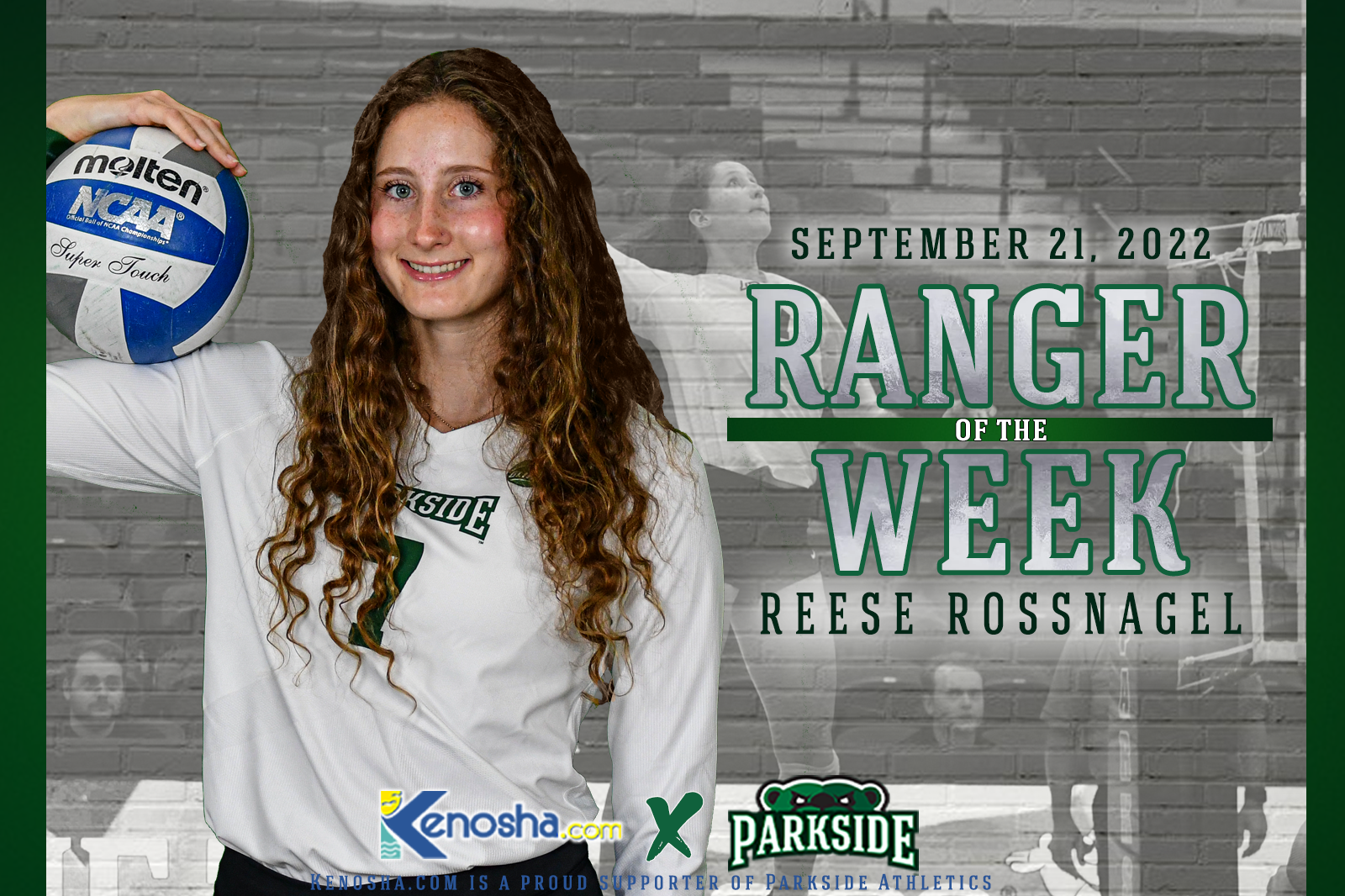 Ranger of the Week: Reese Rossnagel

The Parkside volleyball team hosted a pair of matches in DeSimone Arena last weekend, as the Rangers took on Wayne State and Grand Valley State. The Rangers earned a split on the weekend series, sweeping Wayne State 3-0 before falling to Grand Valley State 3-1. The Rangers then hosted the Purdue Northwest Pride on Tuesday night, winning 3-1. Leading the way offensively was senior Reese Rossnagel, our Kenosha.com Ranger of the Week.

Rossnagel led the Rangers in the win against Wayne State with 12 kills and a pair of blocks. Against Grand Valley State, she added another dozen kills to her weekend total, along with two more blocks. In the win against Purdue Northwest, Rossnagel came away with an impressive 20 kills through four sets. The Las Vegas native currently leads the Rangers with 141 kills this season.

Volleyball in her blood

Rossnagel started playing volleyball 13 years ago when she was in fourth grade. She took interest in the sport from her mom, Lisa, who played Division I volleyball at Drake University. Reese grew up playing both volleyball and basketball, but fell in love with volleyball and followed in her mom’s footsteps by continuing to play at the collegiate level.

Rossnagel sports No. 7 with the Rangers, a number she has always worn. This is also following in her mom’s lead, as she also wore No. 7 when she played.

Rossnagel looks to continue to improve her skills on the court and be a leader for her younger teammates. Off the court, she is a criminal justice and philosophy double major and plans to attend law school following her graduation from Parkside.

Parkside volleyball returns to action on Friday (Sept. 23) in DeSimone Arena as the Rangers take on the Wildcats of Northern Michigan. For more information, visit parksiderangers.com.