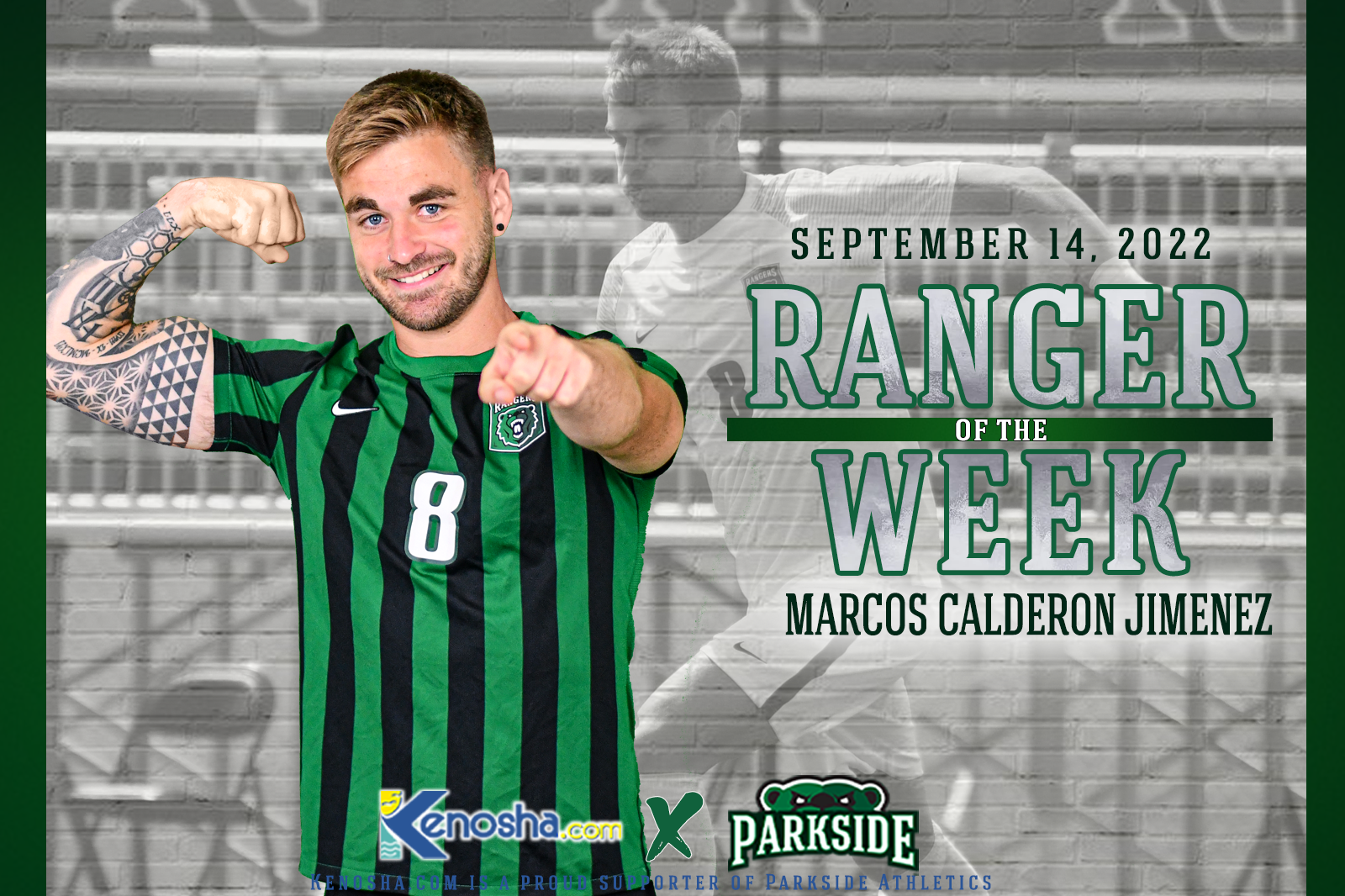 The Parkside men’s soccer team is back in action for the 2022 season. The defending Great Lakes Intercollegiate Athletic Conference regular season and tournament champions are off to a 5-1 start and are 2-0 in conference play.

The Rangers were recently ranked No. 17 in the latest United Soccer Coaches national poll. One of the biggest questions the Rangers faced going into the season was who was going to step up and lead the team in scoring this season. That question has been quickly answered by Marcos Calderon Jimenez, our Kenosha.com Ranger of the Week!

Calderon Jimenez, a senior from Zumaia, Spain, currently leads the team with six goals scored through six games. His goal total is currently the second most by an individual player in the GLIAC, as is his point total of 12. He has taken 15 shots, the third most in the GLIAC.

Calderon Jimenez led the Rangers to a pair of wins over the weekend. On Friday, Sept. 9, he earned his first career hat trick, scoring three goals in the Rangers’ 5-2 win over St. Cloud State. He then scored the game-winning goal in the Rangers 4-1 victory over Upper Iowa on Sunday, Sept. 11.

The Rangers hit the road this weekend, as they will open the road trip against Purdue Northwest on Friday (Sept. 16), followed by a trip to Davenport for a match on Sunday (Sept. 18). Parkside soccer returns to Wood Road Field on Sunday, Sept. 25 as they host ninth-ranked Saginaw Valley State.