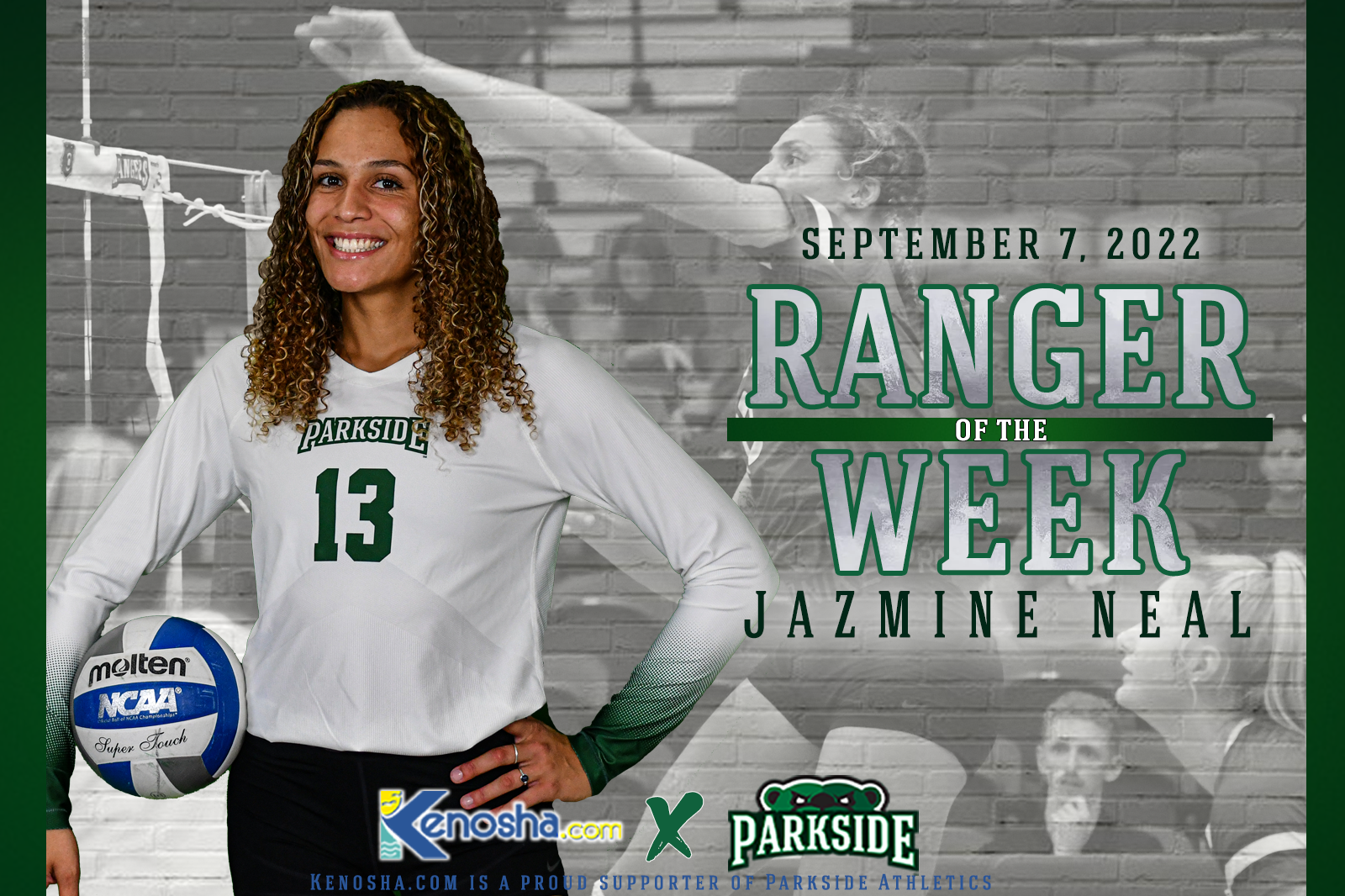 Ranger of the Week: Jazmine Neal

The Parkside volleyball team hosted the fourth annual Hampton Inn Invitational on Sept. 2-3 in DeSimone Arena. The Rangers played four matches, coming out of the weekend with three wins and their best record in the history of the tournament.

The Rangers opened the weekend with a 3-0 win over Illinois Springfield on Friday morning. They would later drop their match against Upper Iowa 3-1. On Saturday, the Rangers bounced back and defeated Minnesota Crookston 3-0 in the afternoon, before closing out the tournament with a 3-1 victory over McKendree. Leading the way offensively was senior Jazmine Neal, our Kenosha.com Ranger of the Week.

Neal, an Oak Creek native, led the Rangers with 44 kills on the weekend, the second-highest total for any player in the tournament. Neal also tallied 16 blocks, six digs, and two assists. She currently sits in 12th place on the Rangers all-time list with 807 career kills. She is also tied for sixth place with 287 career blocks.

A life of volleyball

Neal began playing volleyball 11 years ago when she was 10 years old.

“My mom wanted me to get involved with sports,” said Neal, who grew up playing volleyball, as well as basketball, cheerleading and track & field, which she also competed in at Parkside.

Neal chose Parkside because it was close to home, had great academic programs and was the only opportunity to compete at the NCAA Division II level in the state of Wisconsin. Neal studies psychology with a minor in communications.

It’s all in the number

Neal has sported uniform No. 13 for the last few seasons. She chose 13 because it was always her favorite number growing up. She wore No. 9 as a freshman since 13 was already taken. Ironically, Neal had the same situation play out in high school, as she wore No. 9 her freshman year and switched to 13 when she made the jump to varsity her sophomore year.

Neal hopes to continue to play volleyball overseas following her graduation from Parkside. If that does not happen, she plans to go back to school to earn her master’s and become a therapist.

Up next for Parkside

The Rangers return to action on Friday (Sept. 9) as they open their conference schedule on the road against the Ferris State Bulldogs. Parkside returns to DeSimone Arena on Sept. 16 when they host Wayne State at noon.