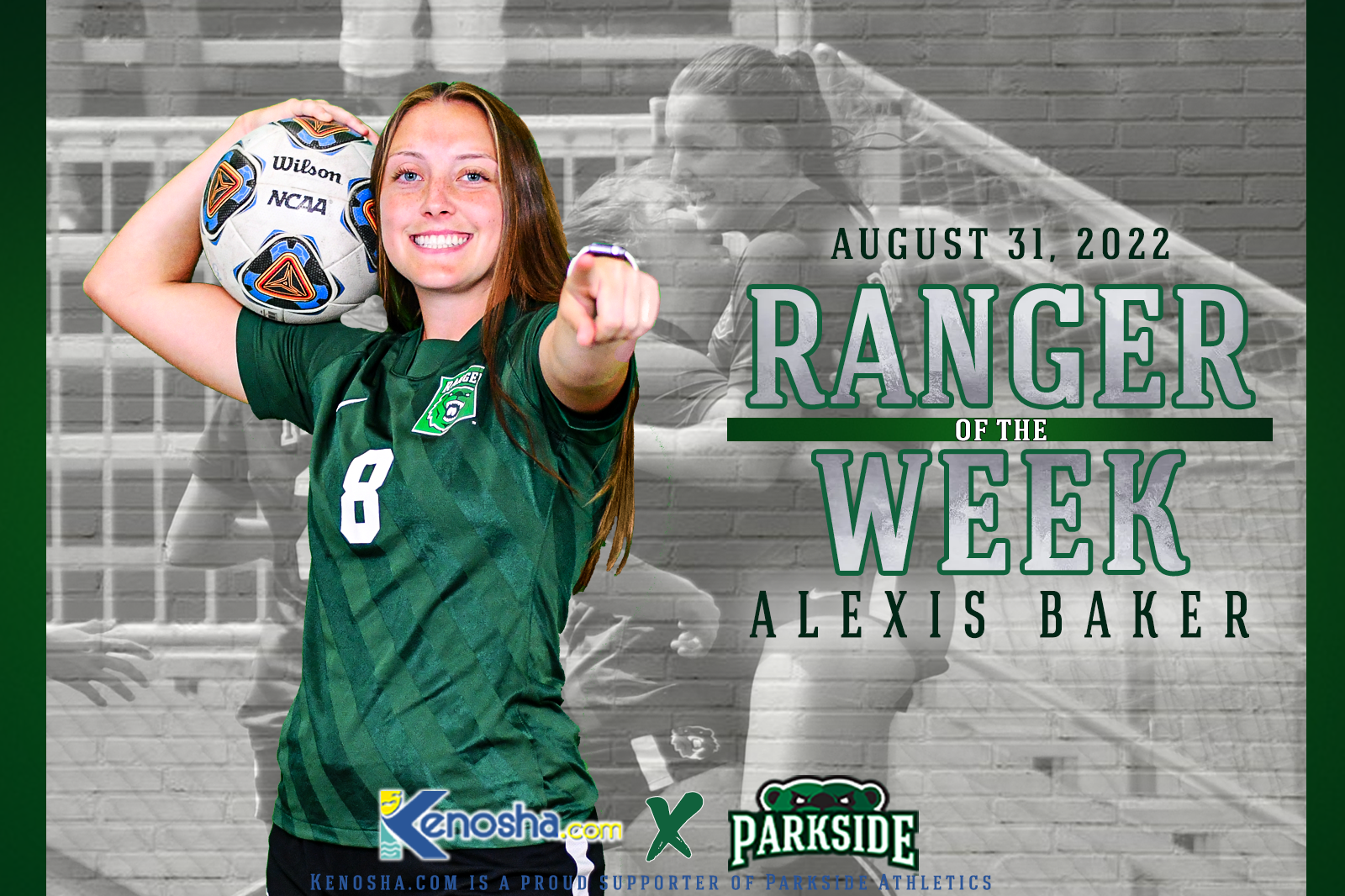 Ranger of the Week: Alexis Baker

The Parkside women’s soccer team played its 2022 home opener on Saturday, Aug. 27 as the Rangers hosted the Lewis Flyers. The Rangers earned their first win of the season in a close 3-2 victory in regular time. Leading the way to the win was senior forward Alexis Baker, our Kenosha.com Ranger of the Week.

Baker, a Sun Prairie native, scored two goals and recorded an assist in her final home opener. The two goals were the first of Baker’s young season. In 2021, Baker was named honorable mention All-Great Lakes Intercollegiate Athletic Conference after leading the Rangers with seven goals, 14 points and 23 shots on goal. Baker has scored 15 goals in her career, and has led the team in scoring the last two seasons.

Heading into her senior season, Baker is excited to have a strong season with her teammates.

“It’s a good group of people this year,” she said. “We’re more competitive this year. Everyone is competing for a spot.”

Baker wants to build on her seven-goal season by scoring at least 10 goals in 2022. As a team, the Rangers are looking to improve their winning percentage and finish above .500 this year.

Baker is one of several starters returning from last year’s squad. This has allowed many of the returnees to come in with more confidence in their skills and teammates early in the season. On top of the large number of returnees, the Rangers have brought in a large class of freshmen who are already making an impact.

“These new freshmen have been a great addition,” Baker said. “They bring a good fight to the game every day.”

With six seniors on the roster this season, the Rangers are looking at this season with a win-now mentality.

“It’s the last year for a lot of us,” Baker said. “We need to go out there each day and make it count.”

The Rangers next match will be on Friday (Sept. 2) against Concordia–St. Paul at 11 a.m. as part of a Parkside soccer doubleheader, with men’s soccer set to play after the women at 1:30 p.m.  Friday also features the cross country home opener, the Vic Godfrey Open, which will start at 5 p.m. at the Wayne E. Dannehl National Cross Country Course. The Hampton Inn Invitational, hosted by the Parkside volleyball team, is scheduled to begin at 9 a.m. on both Friday and Saturday in DeSimone Arena. For more information, visit parksiderangers.com.