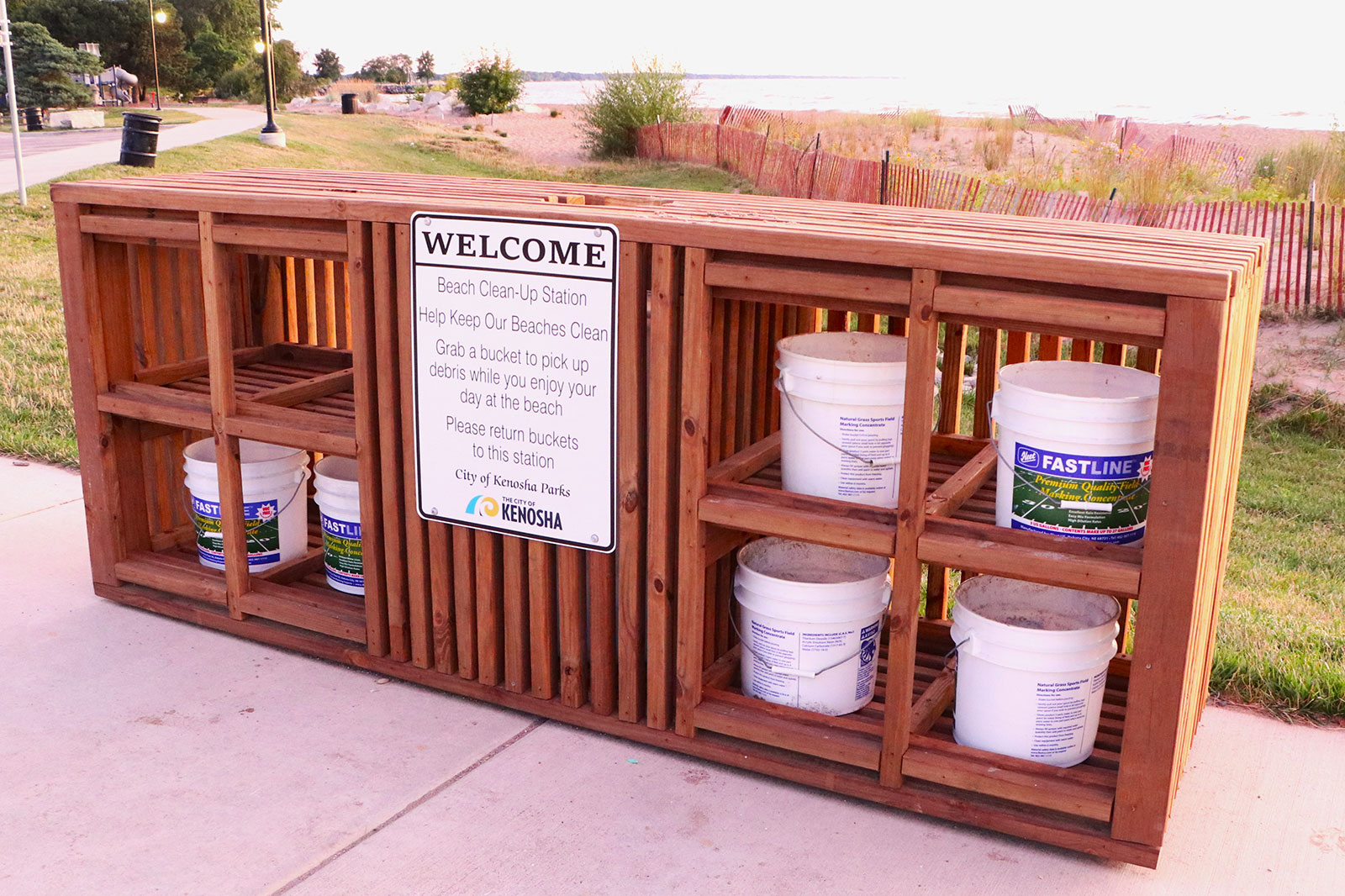 the City of Kenosha Parks Department has installed a Beach Clean-up Station at the lakefront.
PHOTO: THOMAS CORRAO
Local

Litter, graffiti is an increasing problem at the lakefront

Hello, everyone. Welcome to another edition of Capturing Kenosha. Recently, I had a week that was filled with highs and lows, which caused me to do a lot of thinking about the city of Kenosha and the world around us.

I had some emotional responses to a series of events that caused me to consider why I identify as a Kenoshan. After all, I wasn’t born here and Kenosha didn’t become my hometown until I moved here as a teenager in 1976.

I’d been a military brat my entire life and Kenosha was just a place where my mother grew up. I moved to Kenosha at the beginning of summer and was considered an outsider by kids my age. That summer, Kenosha was celebrating the bicentennial along with the rest of the country. There was an air of patriotism in everything that was happening around town.

I first considered myself a local when I started high school. I met a lot of kids and they made me feel like I finally had a place to belong. I was beginning to take ownership of being from Kenosha. I hadn’t really formulated a plan back then for what my life would become, and I kind of just went with the flow. I do know that during this period of my life, I formed some friendships that would forever link me to Kenosha.

My high school years went quickly, and my residency in Kenosha was short-lived. Reality was setting in and with graduation came responsibility. I needed a way to support myself, so I tried a semester at Gateway Technical College to start a career in automotive repair.

School was expensive, though, for a kid who was only making $2.90 an hour working part-time. I came up with a plan to join the military and get my education that way. The funny thing about joining the military is that when you enlist, you are required to give a hometown as part of your enlistment.

I was now a legally documented citizen of Kenosha, Wisconsin.

So, after my enlistment in the U.S. Air Force in January of 1980, I was once again on the move. This time, it was to Japan after attending my Air Force technical training as an aerospace equipment mechanic. At 18, I was wide-eyed and naive about the world outside of the U.S., but I had faith in my country and its reasoning as to why I needed to be there.

I approached the situation in a way that was sort of learn as you go. I had to follow the path that was laid out before me. Little did I know at that time just how random my life’s path would become.

I spent the next 14 years somewhere other than Kenosha and didn’t officially return until 1992. I was honorably discharged from the service under a program created by the government to downsize the military and save costs.  I returned to Kenosha and started the longest string of years that I had ever lived in one place.

It has now been 30 years that I have lived and worked in the city. I do feel a sense of pride and identity with being from Kenosha and I genuinely care about what happens here.

As many of you know, I’m now retired and visit the shoreline of Lake Michigan almost every day to post photos and videos of the great beauty we have available to us here. My favorite subject is the North Pier Lighthouse — a place that many Kenoshans identify with being from Kenosha.

In recent years, Kenosha has become a destination city. A place where people come to enjoy the scenery, the beaches, the activities, and the sunrises over Lake Michigan. The City of Kenosha has done a great job organizing events and improving facilities to draw visitors to our beautiful lakefront.

Despite the beauty of our shoreline, I’ve identified a problem that concerns me: Littering and graffiti along our shores.

The solution to the problem is personal intervention. Many young people today as well as some older people have lost their sense of pride in our community. Since I can’t really do anything to change them except ask them not to litter, I’ve decided to take a little personal responsibility myself and clean up after them when I see litter left behind. I’m now carrying disposable gloves and disinfectant wipes in my Jeep specifically to aid me in doing this.

I have seen other citizens taking action as well. It also assists the city workers who are trying to keep up with the problem. These city workers are a bit overwhelmed with the sheer amount of trash they have to deal with.

Recently, the City Parks Department placed a wooden shelving unit near the Simmons Island Beach. The shelving unit contains buckets for use on the beach. A sign asks beachgoers to help haul out any trash they find after visiting. It’s a good idea. If not removed from the beach, the trash eventually make its way into the water.

Kenosha also cleans the beach several times a week with a beach-cleaning implement pulled behind a tractor. This keeps a lot of trash off the beach and grooms the sand. If you’re from Kenosha and you see these workers along the lake taking care of the environment, you should thank them and help them out whenever possible. It’s just one way that we can show our pride and identity here in Kenosha.

I have a lot of pride in being from Kenosha and it makes me sad when I see the amount of graffiti that is being left behind by vandals. Previously, I mentioned the North Pier Lighthouse as being a place that many people identify as quintessential Kenosha.

The lighthouse is privately owned. The light itself is maintained by the U.S. Coast Guard, but the owners are responsible for the upkeep and appearance. They recently repainted the bottom of the lighthouse where graffiti had been sprayed as high as a person could reach.

Two weeks later, the lighthouse was once again tagged around the entire base. I know the owners and they frequently share my sunrise and lighthouse pictures on Facebook. I reached out to them when I saw that the lighthouse had once again been tagged and asked if they had any paint left from the recent job. They did, and I made it my mission to paint over the graffiti once again.

I feel a sense of purpose and willingness to help the community when I can.

Kenosha.com prides itself in providing a positive news source to its readers. The problems of litter and graffiti are not the primary points I’m trying to make. Instead, it’s the coming together of our citizens to make our community a great to live.

This is something that anyone can do and it makes a tremendous difference and demonstrates the pride you have for Kenosha.