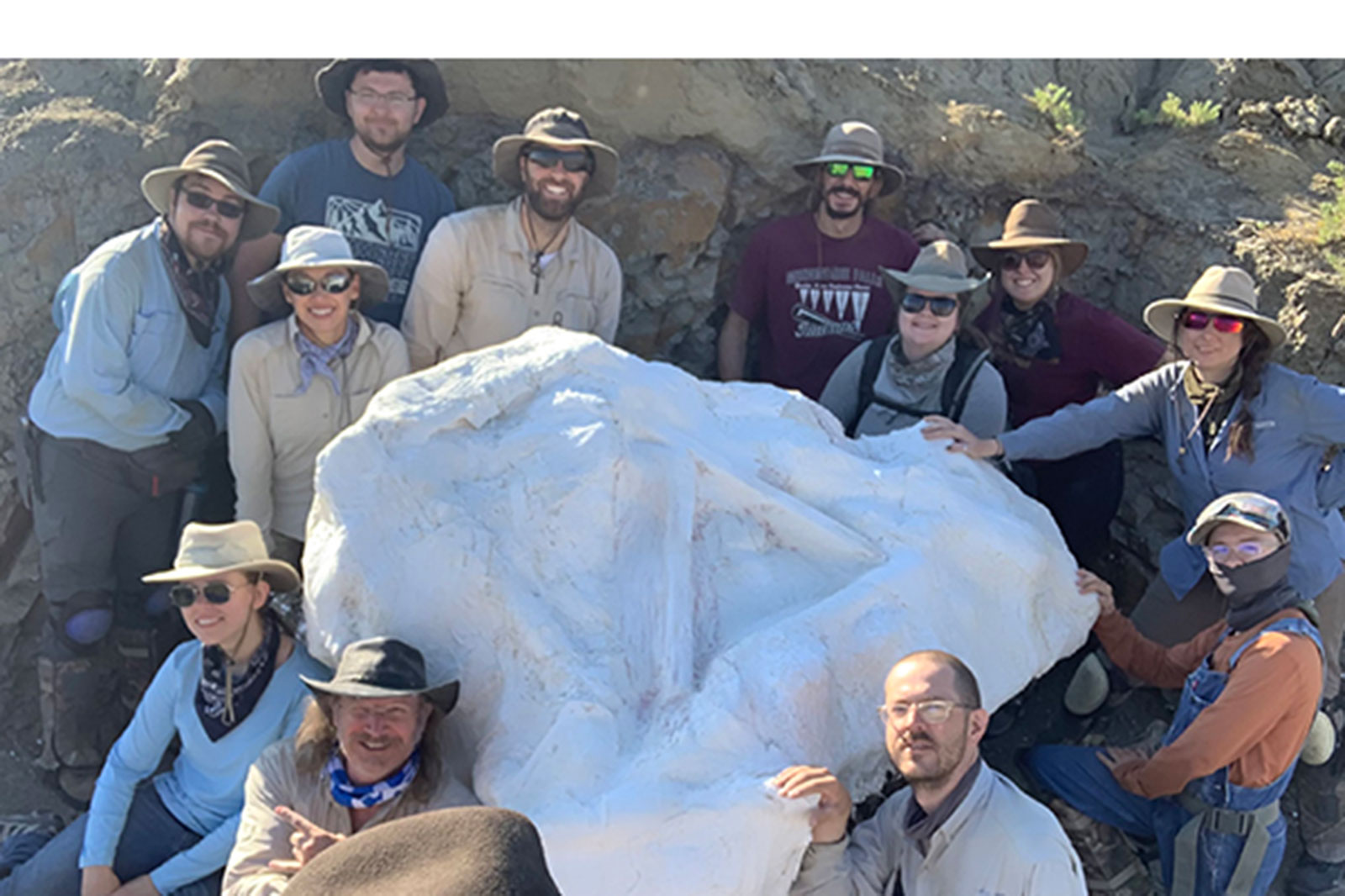 Carthage College is raising expectations for a private college experience. It blends the best liberal arts traditions with desirable degree programs, transformative learning opportunities, personal attention from distinguished faculty, and a focus on career development, which makes its graduates competitive in the workforce.

A Carthage Institute of Paleontology expedition has discovered hundreds of fossils in the badlands of southeastern Montana, including part of a Tyrannosaurus rex.

The expedition focused on the Hell Creek Formation, famous for containing the bones of giant dinosaurs like T. rex, Triceratops, and Edmontosaurus, and this year’s expedition found bones from all three dinosaurs. Crew members found hundreds, if not thousands, of fossils, including ankle and skull bones from an approximately 21-foot-long T. rex, as well as a large Triceratops skeleton and many other bones.

“This has been a surprisingly productive field season, especially where T. rex is concerned,” Carr said. “We just don’t head into the badlands expecting to find one because they’re so rare. It’s very exciting.”

The expedition also prepared a massive five-foot-long Triceratops skull for transit by covering it in a protective plaster of Paris jacket. Weighing an estimated 2,000–3,000 pounds, it is so heavy that it will require a helicopter to transport it on the institute’s next expedition in 2024.

Carthage College students on the expedition were joined by a variety of volunteers, including school alumni, community members from the Kenosha area and across the country, and a paleontologist from Northern Illinois University.

“It’s always exciting to be a part of scientific discoveries, especially when they’re new dinosaurs,” said Amelia Zietlow, an expedition volunteer and graduate student from Milwaukee.

“The fossils we’ve found will lead to new fossil displays for the people of Kenosha to see, and we hope they might inspire some to volunteer in our paleontology lab to help us conserve the fossils for exhibit and study,” said Carr.

The expeditions take place on public lands that are under the auspices of the Bureau of Land Management. This year’s expedition was supported by a grant from the David B. Jones Foundation. All of the fossils collected on public lands during the expedition are catalogued into the permanent collection of the Dinosaur Discovery Museum, a federal repository, which is operated under the auspices of the Kenosha Public Museums Complex.