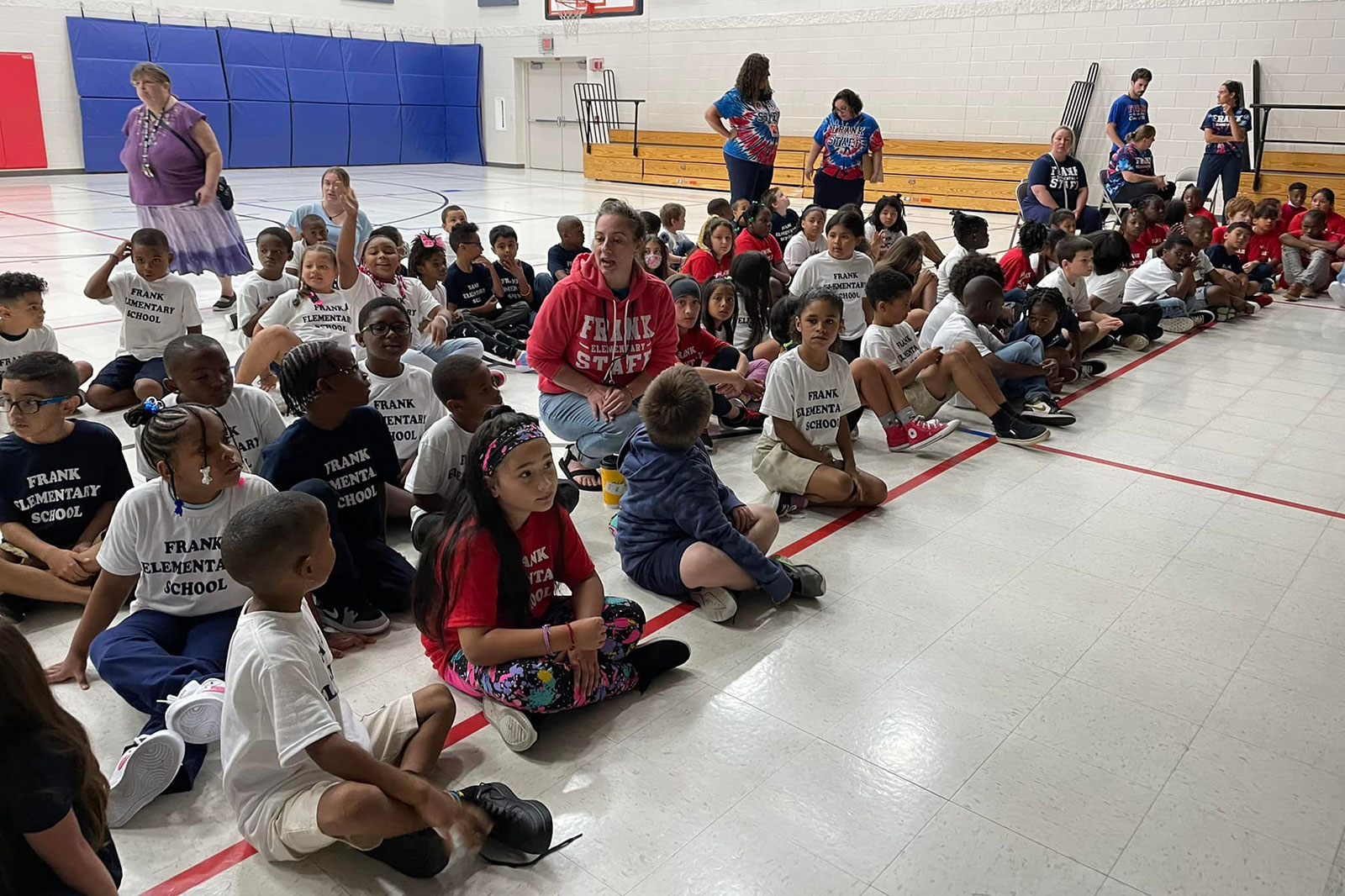 Anticipation, nerves and excitement as students return to the classroom

When I see ads for “back to school” supplies, my mind jumps back to a very memorable start of school. It was a lifetime ago that I began a career as an elementary school teacher at Kenosha’s Wilson School.

There was a teacher shortage, so I had been given the choice of any school in the district but chose Wilson because it was as much of an inner-city school as Kenosha had to offer — similar to Frank School where I had grown up.

It would be a challenge, but I was 23 years old, had just gotten a degree in elementary education and had a teaching license, although the ink was still wet on both documents.

I knew everything and would save the world from poverty and ignorance.

There I stood on that first day — resplendent in a new suit, a crisp white shirt and a snazzy tie. Everything was new from the inside out, top to bottom. I had spent half the night before with a can of Kiwi Shoe Polish and a brush. The new shoes shone like diamonds.

Like most teachers, I had been in the classroom long before the start of the year.

Books had to be organized. Bulletin boards had to be prettied up with colorful paper and interesting pictures. Names had to be taped to the front of the kids’ desks. I had a sense of impending excitement as the teachers chatted about plans for the ensuing school year.

Like me, the kids were scrubbed up and attired in the best new clothes from the back-to-school sales. Most had new pencils, pens and papers along with a little jar of paste. Their minds were empty vessels waiting to be filled with all the knowledge that this first-year teacher had to offer.

The kids were ready, too.

Things went well for the first couple of hours. The kids seemed to like having a new teacher, a guy only a decade older than them. This would be fun.

Then came recess. Because I was the new guy, I got the short straw and had to supervise the playground on the first day instead of catching a 15-minute coffee break.

Midway through the kids’ play time, a ruckus arose around the hop-scotch spot. Upon inspection, it was clear that a fistfight was underway. One of my new students was beating the tar out of another one of my students.

This subject had not been covered in my elementary education classes at the University of Wisconsin-Oshkosh although I had witnessed a few bar fights near campus. But these were little kids, and I was a grown up. This should be no problem.

I approached the kid on top and using my best university child psychology, asked him to knock it off. He kept pounding away at the kid on the ground. I tried to pull him off. He was strong for a little guy. Nothing was working.

Suddenly, the doors flew open and out came a couple of experienced teachers, one of which grabbed the aggressor, put him under her arm and walked calmly back toward the schoolhouse.

She looked at me and said, “Joey (not his real name) always does that.”

Once back in the building, we were able to separate him from the class until he calmed down. He assured me that all was now well between him and his victim. I opened the classroom door, and he sprinted in and like a ninja, leapt over several desks leaving the once orderly rows thrown asunder.

Once again, he was atop the other kid and was strangling him. Being a quick learner, I grabbed him and got him out of the classroom and into the office.

Then back to the classroom where I needed to reintroduce the kids to long division skills lost over the summer. As if nothing had happened a moment before.

During the school year, “Joey” and I developed a bit of a bond. It was clear that this kid had vast problems. He lived in tattered clothing. Another teacher had given him a winter coat. I bought him a pair of shoes when it became clear that there were no soles on his. Another teacher and I spirited him and his cousins into the PTA potluck dinner where they greatly enjoyed the feast of a lifetime.

That was my initial first day of school. It was a lifetime ago. Ten more first days followed. Over those years of teaching, many students passed through room 205 at Wilson Elementary.

Some went on to become professionals. Among them a teacher, a prominent pastor and a renowned plastic surgeon. There are several success stories in government and business as well as others who have built successful lives in the community.

A number of those kids of yesteryear stay in contact with each other and with me via Facebook. Most are approaching retirement age — their distant childhoods a fog in the rear view mirror.

There are others whose fates have been less successful. When I worked in the courthouse, it was not unusual to have a passing prisoner in handcuffs shout, “Hi, Mr. Collins!”

I have no idea what happened to “Joey.” Although it is probable that things did not go well in his later life.

As the school year begins every August, I never forget my first day as a teacher. And, I always say a little prayer for the teachers in our midst who give so much of themselves to the kids and families in Kenosha.