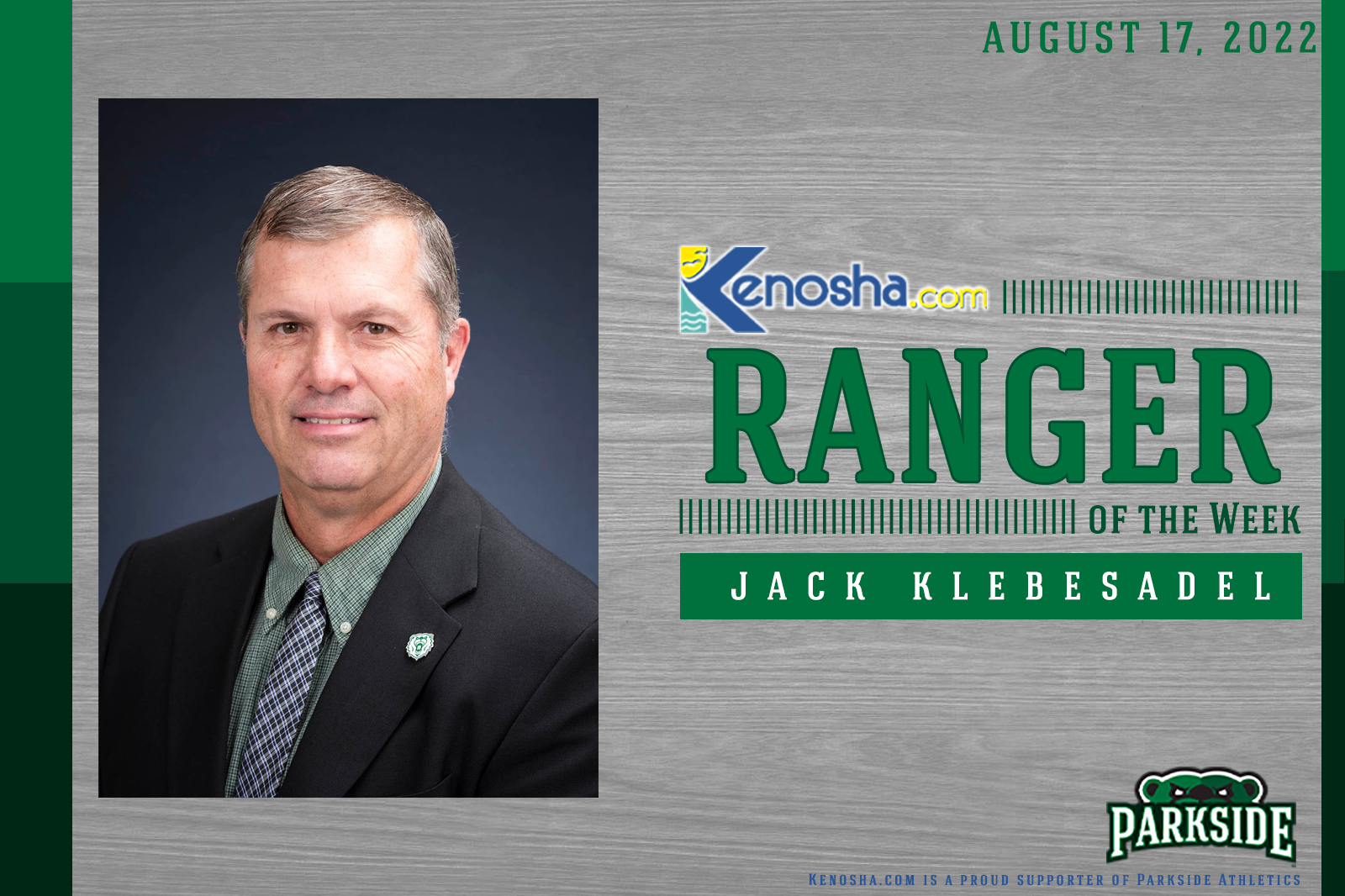 The Parkside Athletics department continues to bolster its staff heading into the 2022-23 school year. The Rangers have added an Associate Athletic Director for Business Operations position and are looking to a familiar face to take on the role. Parkside has named Jack Klebesadel as their new Associate AD and he is this week’s Kenosha.com Ranger of the Week.

Klebesadel, a Menomonee Falls native, returns to Parkside after previously earning his bachelor’s in education and mathematics from the university. He was also a member of the baseball team during his time at Parkside. As an athlete, Klebesadel loved going on trips with the baseball team, playing in all of the games in his career, and spending time with friends at the study tables. Baseball was not his only sport, however. Klebesadel grew up playing basketball, soccer, football and golf as well.

Klebesadel joins the Parkside staff after spending the last four years serving as the Director of District Wide Athletics, Activities, PE, and Health Education for the Racine Unified School District. He has also previously served as an Athletic Director in Milwaukee, Germantown and Ashwaubenon. Klebesadel chose to come back to Parkside due to his passion for sports and his love for the university. He enjoys working with the athletic department and the various athletic programs. His goal is to use his experience and expertise to contribute to the continuous improvements that are being made each year at Parkside.

Outside the office, Klebesadel has had the opportunity to race as a sausage during a Milwaukee Brewers game at American Family Field. He is also a certified scuba diver, and he has sky dived with the Army Golden Knights Parachute Team.

The start of the 2022-23 season is just one week away for Parkside! The Rangers kick off the new year with the men’s soccer home opener on Aug. 25 at noon against Quincy. The cross country, women’s soccer, and volleyball home openers are all set for Friday, Sept. 2. Volleyball opens with the Hampton Inn Tournament. Women’s soccer opens their home schedule against Concordia St. Paul, and cross country hosts the Vic Godfrey Open to start the season. For more information regarding the Rangers schedule, visit parksiderangers.com/tickets.