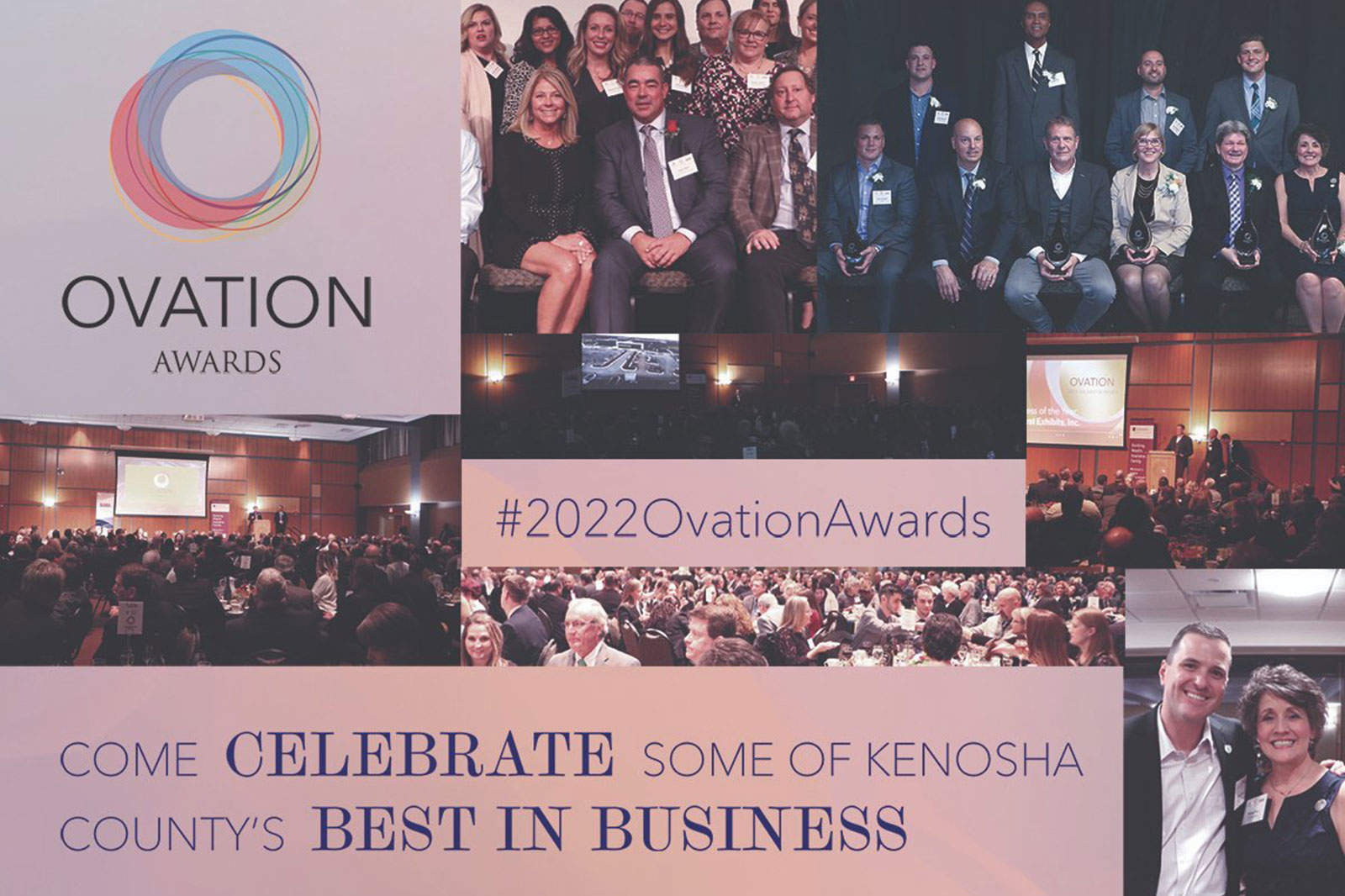 KABA is the lead business organization that drives economic development throughout Kenosha County to ensure quality growth, a robust economy, and a positive business climate for the Kenosha Area.

Heartland Produce Co., a Kenosha-based produce wholesale company that recently completed construction of a new, $29 million headquarters facility at the former Dairyland Greyhound Park dog track site, has been named the 2022 Business of the Year by the Kenosha Area Business Alliance.

Heartland Produce highlights the list of winners for KABA’s annual Ovation Awards, which return after a two-year hiatus to recognize top performing Kenosha County businesses and business leaders, and their support of the community. Winners are chosen by a selection committee, which includes previous Ovation Award winners, KABA staff and board members, BizTimes Media, and representatives from the University of Wisconsin-Parkside, Gateway Technical College and Carthage College.

The Ovation Awards winners will be recognized at a banquet event on Thursday, Nov. 3, at UW-Parkside. BizTimes Media is the media sponsor for the event. Other sponsors include Johnson Financial Group and UW-Parkside.

Founded in 1989 in Elgin, Ill., Heartland Produce Co. moved to the Kenosha Industrial Park in 1994. The family-owned business distributes fruits, vegetables, organics, and locally-grown produce to grocery stores. Earlier this year, the company completed construction of a $29 million, 200,000-square-foot distribution and headquarters facility in the Greeneway Corporate Park at the former Dairyland Greyhound Park site. The company moved into the facility in May and also invested more than $1 million in new equipment.

Marian Darsot, president and CEO of Nexus Pharmaceuticals, is the 2022 Entrepreneur of the Year. A pharmaceutical manufacturer based in Lincolnshire, Ill., Nexus Pharmaceuticals in 2021 completed construction of a $100 million, 85,000-square-foot facility in Pleasant Prairie. The facility represents the first phase of a $250 million multi-phase project that will be completed in 10 years. The facility is expected to bring over 77 new jobs in a variety of job functions in fields of high-tech manufacturing and science by this year, creating more than 400 new local jobs long-term.

Finishing & Plating Service, Inc. is the 2022 Small Business of the Year. The Kenosha-based fourth-generation family-owned business has been specializing in metal finishing since its founding in 1952. The company works with zin​c, zinc-cobalt, tin, phosphate, and passivating. It has six plating lines running three shifts, five days a week.

(Companies or organizations that have expanded, invested or developed programs or initiatives that helped move Kenosha County forward)

Herzing University, a private, nonprofit institution, moved its Kenosha campus to downtown Kenosha in 2020. Milwaukee-based Herzing is a founding partner of the KELA-Kenosha Emerging Leaders Academy, a new building and program that will work directly with the underserved youth of Kenosha.

Kutzler Express, Inc., a Kenosha-based trucking company that in the last two years has added 63 more employees, purchased property for a new terminal, doubled its profit margins and increased revenue by 52%.

Liftpro LLC, a Kenosha-based company that offers a line of aerial lifts for rent or purchase and has invested more than $3.5 million over the last three years for additional delivery trucks, vans and rental equipment. Over the last 14 years it has grown its annual revenue from $400,000 to more than $6 million, and its employee count from 3 to 14.