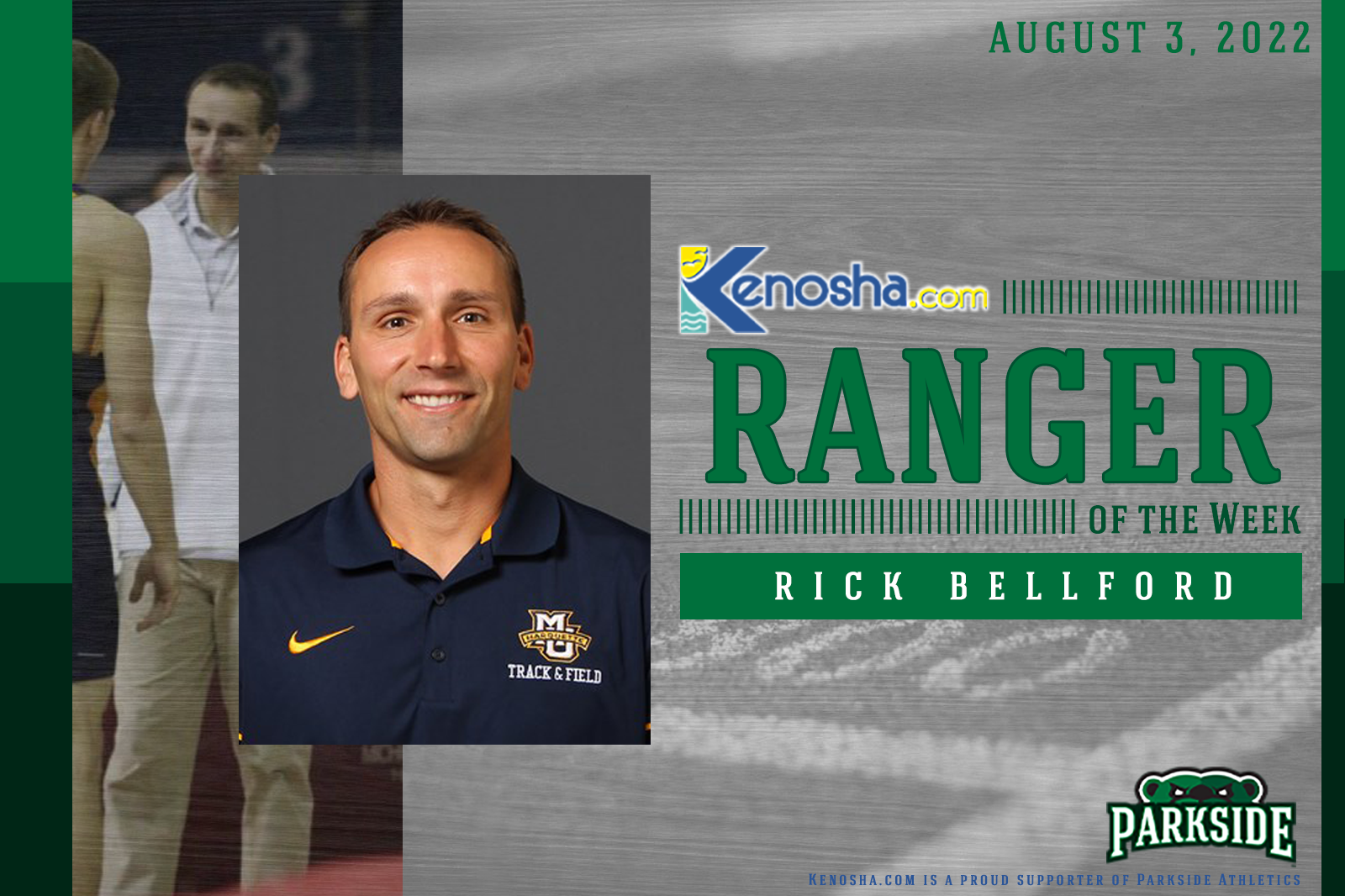 Ranger of the Week: Rick Bellford

The Parkside cross country and track & field program is coming off one of its strongest seasons in program history. The Rangers ended the year with their highest team finish in program history on both the men’s and women’s scoreboard at the Great Lakes Intercollegiate Athletic Conference Outdoor Championships.

The Rangers look to take the next step forward in 2022-23, and it has started with bolstering what was an already strong coaching staff. With associate head coach Carly Fehler moving into the role of head strength and conditioning coach at Parkside, the Rangers were able to bring in assistant track/cross country Coach Rick Bellford, our Kenosha.com Ranger of the Week.

Bellford has coached 18 school record holders, 18 freshman record holders, 68 Big East individual champions and six NCAA All-Americans. Bellford chose to work in college athletics to create a positive impact on the lives of young individuals. His favorite part of coaching is the camaraderie he is able to have with athletes and fellow coaches, as well as the ability to experience competition every weekend. When asked about his favorite coaching memory, Bellford replied, “Anytime we won a conference championship, whether it was as a team or an individual title, was really special.”

A native of West Allis, Bellford grew playing a variety of sports including football, baseball, basketball and track & field.

“Basketball was my first love and I always wanted to play collegiately,” Bellford said. “I was just better in track & field.”

Competing for West Allis Nathan Hale High School, Bellford was a WIAA Division 2 state champion in the long jump in 2000 and 2001. He still holds school records in long jump and triple jump for both the indoor and outdoor seasons.

Bellford currently resides in Brookfield with his family and loves spending time with them outdoors.

The Parkside cross country season will begin on Friday, Sept. 2 with the Vic Godfrey Open, which is scheduled to begin at 5 p.m. on the Wayne E. Dannehl National Cross Country Course. For more information on upcoming Parkside athletic events, visit parksiderangers.com.