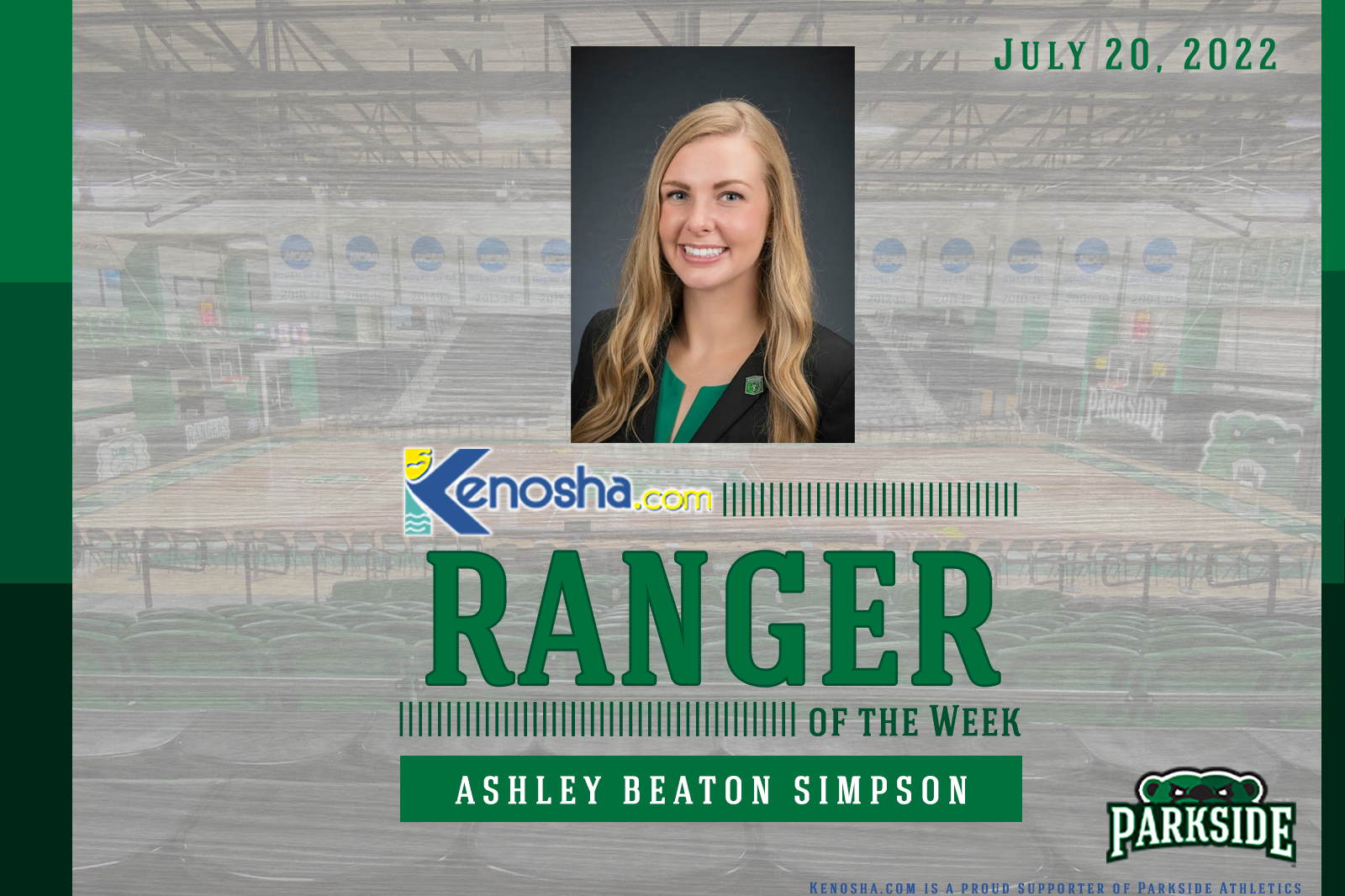 Beaton Simpson, a Wildwood, Mo., native, was originally hired as the Athletics Academic Advisor in June of 2020. She was later named AD for Student-Athlete Success, a move that was made possible thanks to Parkside receiving the NCAA Strategic Alliance Matching Grant through the NCAA’s office of leadership development.

Before her time at Parkside, Beaton Simpson played volleyball at Illinois-Springfield, where she graduated with a B.A. in Psychology in 2017. She would later go on to earn her MBA from North Georgia in 2019.

A love for sports

Beaton Simpson grew up playing a wide variety of sports. Along with volleyball, she was involved with dance, softball, basketball, swimming, cheer and track & field. She is a huge St. Louis Cardinals and St. Louis Blues fan, and she had some great experiences as a student-athlete that led her to a career in college athletics.

“I was given some awesome opportunities as a student-athlete,” said Beaton Simpson, “like allowing me to continue my education, traveling as a part of serving on SAAC, building my leadership skills, and more.

“I had a great experience as a student-athlete, and grew so much as a person and an athlete. I want to provide those opportunities and more to the student-athletes I serve now, so that they too have a great collegiate experience!”

The Parkside 2022-23 athletic season is just a few short months away! Be sure to catch all the action as the Rangers compete in 15 NCAA Division II sports throughout the year. For information regarding upcoming schedules, promotions and tickets, visit parksiderangers.com.