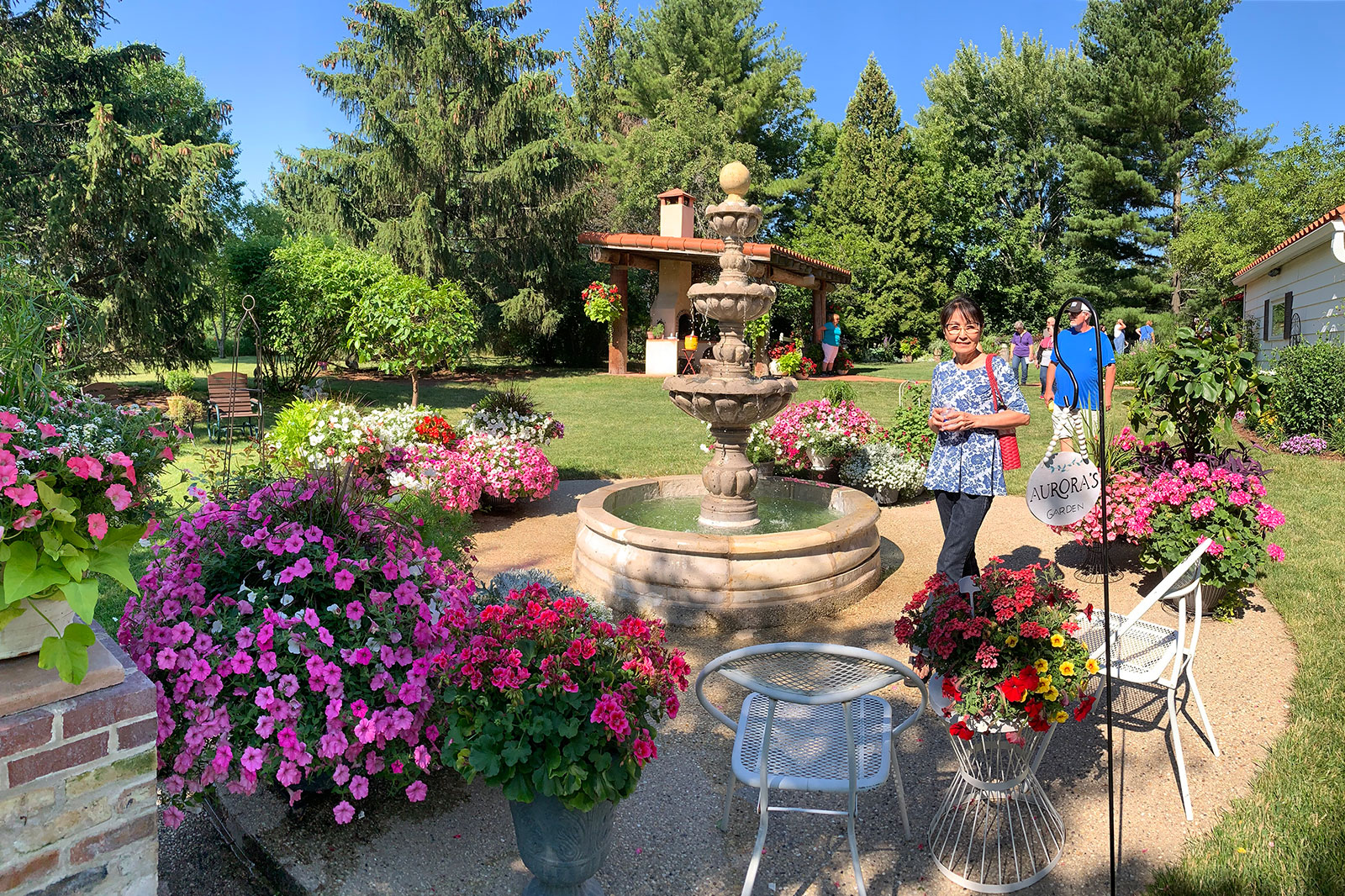 Take a peek at the beautiful backyards maintained by local residents

Hello, everyone. Welcome back to another edition of Capturing Kenosha. On Saturday, July 9, my wife and I participated in the Four Seasons Garden Club’s annual Garden Walk. This event has become a favorite event of ours for the past several years.

The Garden Walk gives the general public a chance to see some of our community’s best gardens that many times are hidden away in backyards and out of sight. This year’s event featured some really outstanding examples of the gardening skills of our local garden club members.

My hopes are that these photos spark an interest in some of you to maybe start a garden of your own or at least put the Garden Walk on your to-do list for next year.

This year’s event featured six local gardens and also the garden of the Gateway Technical College’s horticultural students. Here is a closer look at this year’s Garden Walk.

The first garden was named “Our Secret Garden Oasis” and it is the garden of Jesus and Elsa Anaya. They stated that their garden is a tribute to their parents who taught them to respect, love, and care for their natural surroundings. The garden had a Mexican or Mediterranean feel to it and featured some wonderful fountains and gathering areas.

The second garden, belonging to Mark and Char Petersen, was named the “Spinning Treat for the Eye” and it was a shade garden that featured moving and stationary garden art. The garden was a truly outstanding example of what a shade garden can be.

The third garden featured was called “The Sharing Garden” and was created by Edward and Mary Kubicki. This garden created an inviting feeling and featured a full-sized children’s playhouse in the rear of the garden space.

The fourth garden was named “My Personal Sanctuary” and was created by Jerry and Linda Demske. This garden was a unique backyard that featured its very own “she-shed” in the back.

The fifth garden was named “Peni’s Garden Home” after garden creator Peni Keeling. The first of two southside gardens on this year’s walk, this garden was quaint and cozy tucked away from sight in Peni’s backyard.

The sixth garden on this year’s walk was called “Our Secret Garden.” This garden was created by Milt and Jackie Dean, another southside member of the Garden Club.

This year’s Garden Walk also included a chance to check out the horticulture area of Gateway Technical College and the gardens planted and maintained by the program’s students. Some of them were on hand to answer questions.

That’s all for this edition of Capturing Kenosha. If you didn’t get a chance to participate in this year’s Garden Walk, I hope you enjoyed viewing these pictures of the gardens.