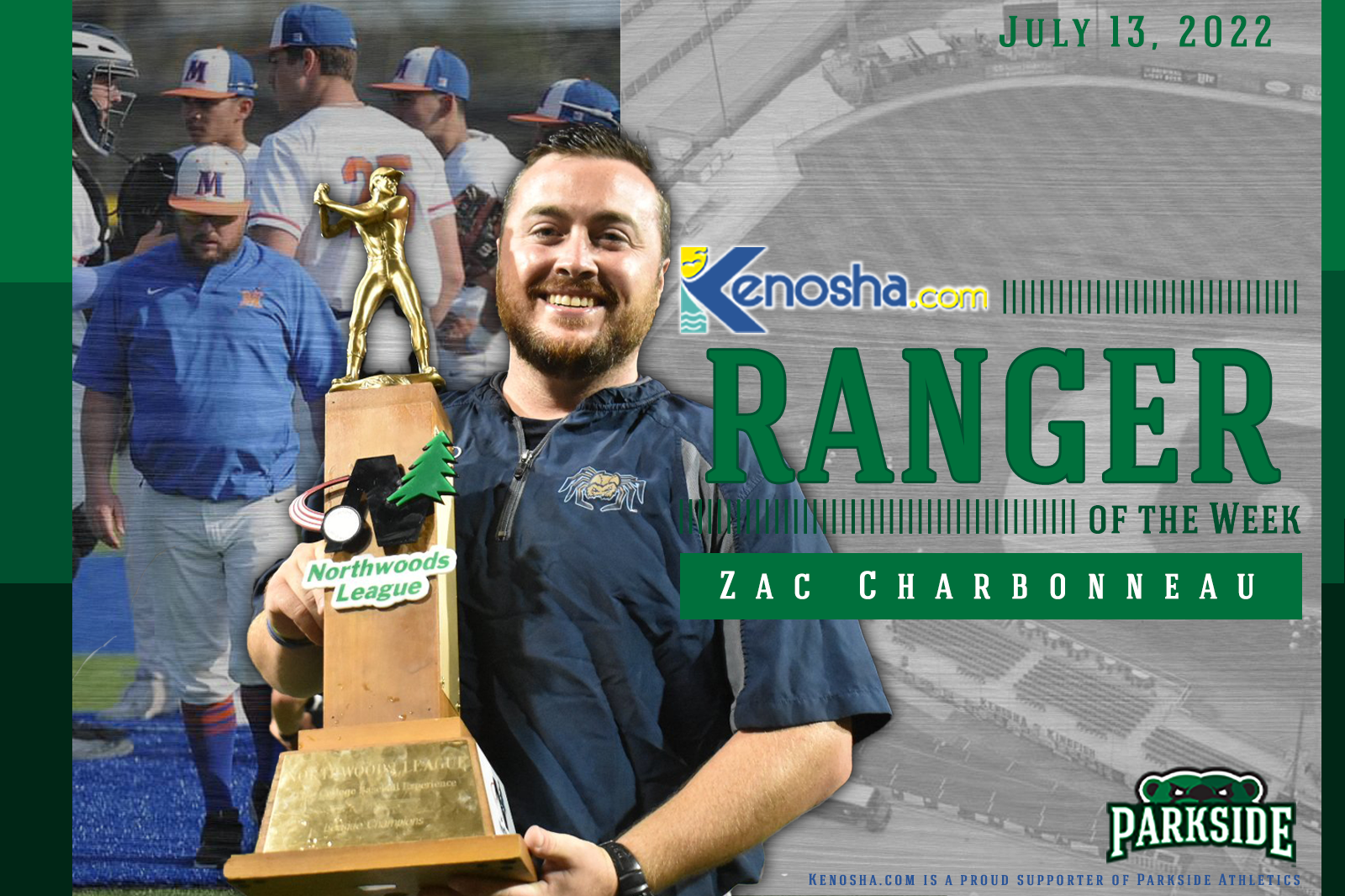 Ranger of the Week: Zac Charbonneau

The Parkside baseball program looks to take a step forward in the upcoming 2023 season. The Rangers will see several faces return, such as pitcher Noah Gerritson, who was named second-team All-Great Lakes Intercollegiate Athletic Conference in 2022, but the program will have a new manager to lead the way. Zac Charbonneau has been named the new head coach of Parkside baseball and is this week’s Kenosha.com Ranger of the Week.

Charbonneau, originally from Midlothian, Ill., spent the last four seasons as the head coach of the Milwaukee Area Technical College Stormers, where he led the team to a 78-60-2 record during his time with the program. Charbonneau has also served as the manager of the Fond du Lac Dock Spiders, for the last five years. He has led the team to two Northwoods League championships in 2018 and 2020, with an overall record of 144-117.

The road to coaching

Charbonneau played college baseball at Moraine Valley Community College, before transferring to Prairie State College, and he would later go on to graduate from Millikin University. Following his time as a player, Charbonneau chose to go into coaching because he wanted to make an impact on the lives of other athletes by helping them on their journey, while still being able to be part of a team and be competitive. The main goal of his career is to win a national championship at the collegiate level.

When he is not at the ballpark, Charbonneau enjoys spending time with his wife and two children.

The Parkside 2022-23 athletic season is just a few short months away! Be sure to catch all the action as the Rangers compete in 15 NCAA Division II sports throughout the year. For information regarding upcoming schedules, promotions and tickets, visit parksiderangers.com.